Mankind’s fascination with immortality has ensured conversations around rebirth, and new beginnings have remained relevant across faith systems and religions since time immemorial.

A lot of symbolism is associated with the subject, dating as far back as civilization itself. It is a broad subject, and you should know that the symbols of change and new beginnings we will cover in this piece are but a drop in a vast ocean of ancient symbols. 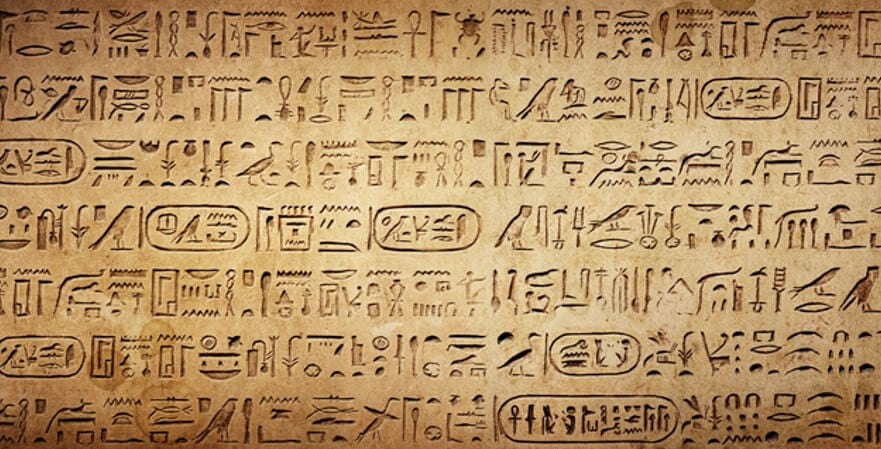 If you are looking to commemorate a fresh start, a rebirth, a new life or a new chapter in your life using internationally recognizable symbols, below is a round-up of popular symbols to get the job done. The message on your tattoo or inscription no longer has to be wordy, and the design can be as aesthetically appealing as you like.

Our Top Eight Symbols of Change and New Beginnings 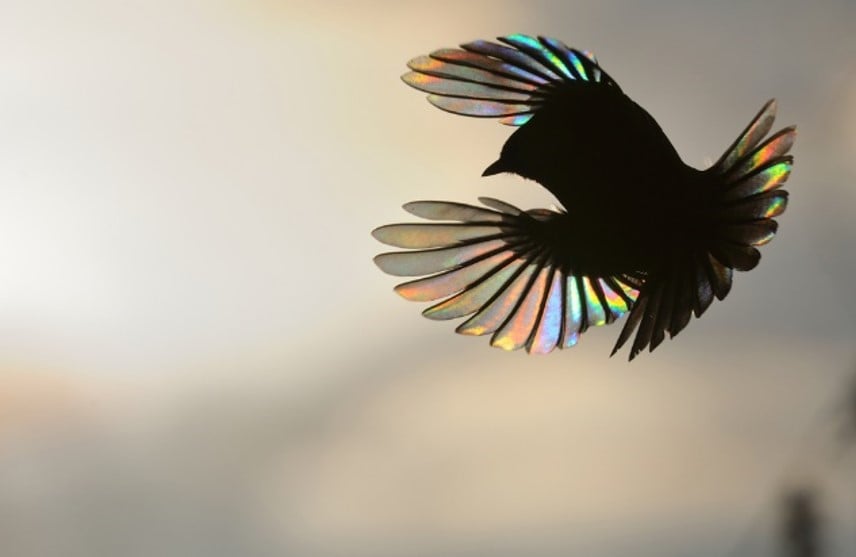 This symbol is based on a mythical bird known as the phoenix, which falls between a hawk, crane and peacock and has flashy flame-colored feathers.

According to the legend, the bird had a lifespan of between 500 and 1,000 years. Towards the twilight of its life, it would build a nest that it would set on fire while inside and burn to ashes along with the nest. A younger, more agile phoenix would then arise from the ashes and live its own life.

This continuous pattern is why the phoenix is associated with rebirth, renewal, healing and immortality. The bird symbolizes the death of one life and the beginning of another. It can also represent leaving some habits, circumstances, or people in your life that you need to let go of to improve yourself.

Because nobody has ever set eyes on an actual phoenix, there is some creative wiggle room in terms of color and design if you want to recreate the phoenix.

This universal symbol is also popular for new beginning tattoos, but few know how it came about. Different cultures and religions have used the flower for symbolism over the years because of how it survives. It grows on muddy, polluted water and rises out of this darkness every day, blooming to expose itself to the sun and showcase its beauty to the world.

The daily struggle to rise from the darkness and make the world a better place makes the lotus flower a symbol of perseverance and strength. The suffering is considered necessary to purify the self, and the fact that it comes out unaffected by its conditions enhances its purity.

It features prominently in ancient Buddhist, Hindu, Janis, Sikh and Egyptian sacred writings and is associated with a number of their gods.

The lotus flower symbolizes prosperity amid hurdles, fertility and divinity. A tattoo design that features the lotus flower can symbolize an enhanced state of spiritual awakening or evolution. The fact that it rises daily, just like the sun, also makes it an icon of rebirth and reincarnation. 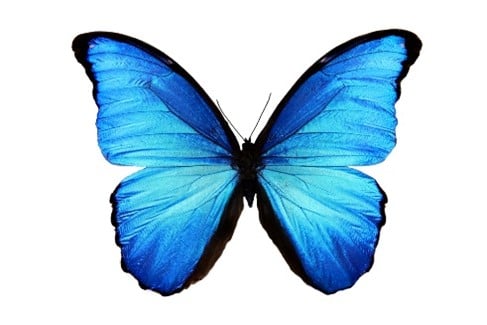 They have been used in mythology and art, which is understandable given their famous and highly conspicuous metamorphoses. Butterflies break out of bland caterpillars, unleashing beautifully colored wings; There is no better way to symbolize new beginnings, and the butterfly has been linked to a number of related admirable qualities. They are integral to ancient texts and symbols of civilizations scattered throughout the world.

In Greek mythology, they symbolize the souls of the dead and are related to the goddess of the soul, whose beauty rivaled the butterflies. She eventually becomes immortal, making her transformation complete. The butterfly symbol was also featured in statues and tombstones in ancient Rome. The symbolic meaning here was that the soul had been liberated.

Ancient Egyptian folklore paid special homage to the tiger butterfly, which is prominent in their early paintings. It signified the soul’s immortality and the fruits of the next world.

To the Native American culture, the butterfly generally symbolized rebirth, hope and transformation. The Blackfeet tribesmen used butterfly drawings as sleeping aids. To the Pueblo, they were a symbol of joy their creator had provided for their children to enjoy. The Aztecs also viewed them as symbols of the souls of the dead. They were also used as symbols of transformation, resurrection and divinity.

The basis on which most of the butterfly’s symbolism is derived from is its life cycle which is relatable to the human life journey. After they are laid, they need to feed for sustenance and make it through the caterpillar stage before appearing as vibrant butterflies.

We must also push forward and overcome obstacles to successfully unleash our inner butterfly. They symbolize resilience and endurance, rebirth, transformation, resurrection, change, hope and life in general.

Some people consider them their spirit animal or totem and will use them to denote their moments of transformation and growth, whether internal or external.

Ouroboros – The Snake Eating Itself

This is another popular ancient symbol with a rich cross-cultural history. Its origin is traceable back to ancient Egypt, where it appeared on tombs. It later made its way to the Greek alchemists of the past and has remained relevant to date.

The name is a combination of the ancient Greek words, ‘oura’ meaning tail and ‘boros’ which means to eat. It describes a ‘tail eater,’ which is self-explanatory as the symbol is a snake eating its own tail. It is based on the process of serpents shedding their skin to create space for a new one, whose deeper meaning can be understood as rejuvenation, renewal or life after death.

The endless circle represents how life is an interconnection and how everything works in unison. It can also be translated to mean infinite growth and how time is cyclical and repetitive. The Greeks also interpreted its meaning as self-reliance or, on the flip side, self-destruction—a being needed nothing but itself to prosper or devour itself.

The Romans drew parallels with the god Saturn who they believed controlled weather cycles throughout the year, connecting one year to the other in a continuous loop, just like the snake feeding on its tail. The ouroboros symbol has been reincarnated in the infinity symbol used in the modern world.

They are common tattoo symbols worn as bracelets and rings, representing life’s cyclic journey. The ouroboros can symbolize rebirth for someone who has recently overcome life’s obstacles. It can also represent something the bearer feels is eternal to them, like the birth of a child or a marriage. It is also popular among people who believe in reincarnation.

Usually in the form of a crescent, the astrological sign of the moon, it symbolizes new beginnings and the transformation of dreams into reality. It is a common symbol in Islam, but its application has predated the religion for centuries. Ancient Asian and Siberian cultures incorporated the crescent in their worship of sky gods, the moon, and the sun.

From the earth, we can observe the monthly transitions of the moon. We have a new moon every month, and many people use this period to put plans into play and set intentions for the new month. It is the ideal symbol for a fresh start, and because the crescent will grow into a full moon at some point, it also represents growth potential.

It can represent immortality and rebirth, as there will always be a new moon. The symbol provides hope and an opportunity to review our goals and intentions or implement new ones if we want to make changes.

Changes can be basic or major transformative ones. The new moon symbol motivates us to experiment with different things that improve our quality of life.

Every time the sun rises, we celebrate a new day. This makes sunrise one of the oldest and most reliable symbols of new beginnings, renewal and rebirth. The light provides a clarity of vision whose meaning can be extended to foresight and enlightenment.

It constantly reminds us that our situation can be improved and that there are endless opportunities for fresh beginnings, so we should not be tied to our mistakes. The sun’s consistency and calmness project a sense of peace and tranquility, which is the right environment to pursue your dreams.

There is an assurance that what happens in the past will remain in the past and the realization that it can’t be changed. The best we can do is learn from it and find ways to improve ourselves as we forge into the future.

The Tree of Life 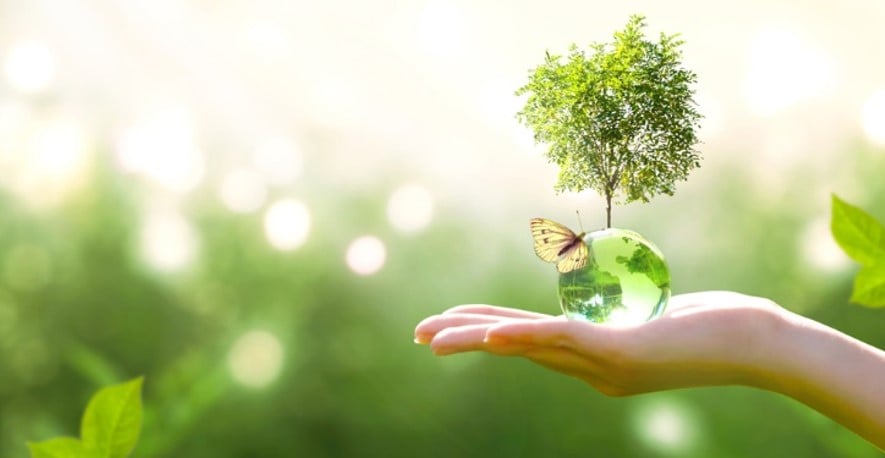 A tree symbolizes fertility, life, and growth, making it a natural contender for a cross-cultural symbol of new beginnings. Even though the exact applications of this ancient symbol will vary slightly from one culture to another, they have a common theme.

It is believed that the tree acts as a conduit between our physical world, the spiritual world and the underworld.

Trees also go through hibernation phases during the cold season, only to blossom again in the springtime. This quality allows them to symbolize rebirth and rejuvenation. They also feature in many creation stories across the globe, which means they were there at the beginning and are still there to date.

They have given birth to many cultures by providing shade for people to socialize. They also provide shade to other plants and animals in their surroundings.

This number is highly significant in different religions, most prominently in Christianity. It is associated with new beginnings in most of its applications. If you start with the biblical application, God created the world in seven days, meaning the eighth day was actually the first after creation was complete. Jesus was also resurrected on the eighth day, which makes it an actual day of rebirth.

In Chinese culture, the number symbolizes good fortune and is believed to bring about financial triumph and good luck. The eight ball is also the last ball potted in a game of pool, after which a new game has to begin, regardless of the stage you have reached.

It is the perfect emblem of new beginnings and hope. We intentionally saved this symbol for the eighth slot to drive the point home.

The number eight is also a component of angel numbers 808, associated with infinity and renewal, and 888, used to symbolize infinity and regeneration.

These symbols of change, reincarnation and rebirth are everywhere in our society. Some have existed for ages, while others were more recently developed. They provide an excellent opportunity to relay messages across cultures and to people you would otherwise not be able to communicate with.

Along with the physical and mental scars you have, you can also commemorate milestones and remind yourself about where you are coming from using these symbols to describe more than a thousand words.

There are many other symbols that you can apply to represent change and new beginnings. Feel free to check out our comprehensive list of symbols and their meanings if this list is insufficient for your needs.