Simply put, a symbol represents a concept, right? Even while many of us take it for granted now, are you aware, that for the majority of recorded history, the average human have experienced freedom as an exception rather than a fundamental human right.

The idea of freedom as a right did not genuinely come into mainstream culture until the Age of Enlightenment when the discourse was purposefully formed by philosophers of the notion that every human is created equal and hence in possession of certain rights.

Following on from this, like many important human concepts, we have often chosen to publicly display them as a strong visible external symbolic expression. We do this as a method of communicating, celebrating, unifying, remembering, discussing, evolving, improving and expanding on our important concepts.

In this post we explore some key symbols for freedom and how these specific external visual expressions communicate the essence of human freedom as a concept.

What Is The Exact Meaning Of A Symbol for Freedom?

One goal that humanity has pursued since the dawn of time is freedom. Our choices, our deeds, and our way of life have all been affected by it. The idea of freedom, however, varies from person to person, from race to race, and even from one religion to another. It is also a somewhat dynamic concept that evolves for all of these groups through time.

As a result, the meaning of symbols for freedom varies depending on the temporal, cultural setting, societal framework and type of oppressor they are intended to combat. Be it a physical, emotional or mental oppression against the universal human feeling of desiring freedom of thought, feeling and action.

Anything with a specific meaning is referred to as a symbol. For example, a flag is often one of a nation’s symbols for freedom. The Stars and Stripes of the United States of America is almost unanimously regarded as a symbol of freedom amongst Americans. Residents of other nations and cultures will very often not share this unanimous regard. This highlights the contrast in symbolic meaning based on cultural and national environment context.

Some other common modern symbols representing freedom include:

Let us now take a deep dive into the origins of two of the most well-known emblems of freedom. The Statue of Liberty and the Roman Goddess Libertas.

What Does The Statue Of Liberty Represent?

The Statue of Liberty is a universally known representation of freedom. Although the statue’s design didn’t start with that intention, it served as a symbol of an immigration path that gave America a far more diversified face.

The Statue was initially intended to serve as a symbol of the camaraderie and shared love of liberty between the people of France and the United States, but it has evolved into much more. It is the Mother of Exiles, a symbol of opportunity and hope for those seeking a better life in America. She welcomes millions of immigrants. People throughout the world are moved by its call for freedom. It stands for the entire country of America.

What is the Poem on the Statue of Liberty?

There was a sonnet written by Emma Lazarus, called “The New Colossus” in 1883. It was inscribed as a plaque and placed on the Statue of Liberty. It reads:

Not like the brazen giant of Greek fame,
With conquering limbs astride from land to land;
Here at our sea-washed, sunset gates shall stand
A mighty woman with a torch, whose flame
Is the imprisoned lightning, and her name
Mother of Exiles. From her beacon-hand
Glows world-wide welcome; her mild eyes command
The air-bridged harbor that twin cities frame.
“Keep, ancient lands, your storied pomp!” cries she
With silent lips. “Give me your tired, your poor,
Your huddled masses yearning to breathe free,
The wretched refuse of your teeming shore.
Send these, the homeless, tempest-tost to me,
I lift my lamp beside the golden door!”

The Symbol for Freedom – The Roman Goddess Libertas

As a minor Roman deity, the Latin word Libertas is a symbol of liberty and liberation from oppression throughout the Empire and her citizens.

Libertas was a minor but widely worshipped Roman deity. This ancient “Lady Liberty” was the patron saint of emancipated slaves in Rome, her image can be found on numerous Roman coins, and she was even heavily politicized throughout the Late Republic and Roman Empire.

Libertas was visually depicted in a few different variations in statues and some paintings from the 19th Century. Some key symbols associated with Libertas:

The ancient Romans first honored the Goddess of Liberty over two thousand years ago. Libertas, the Latin word for freedom, was her name. Roman goddess Libertas widely represented:

Libertas And The Establishment Of The Roman Republic

The origins of Libertas may be dated back to 509 BCE. At the time, the goddess was inextricably linked to the creation of the Roman Republic.

Libertas were the emblem of the Junia family in Rome at the time. Rome was a monarchy ruled by the tyrant ‘Lucius Tarquinius Superbus’. The Junia family, as affluent patricians, played an important role in toppling the monarchy and setting the basis for the nascent Roman Republic. 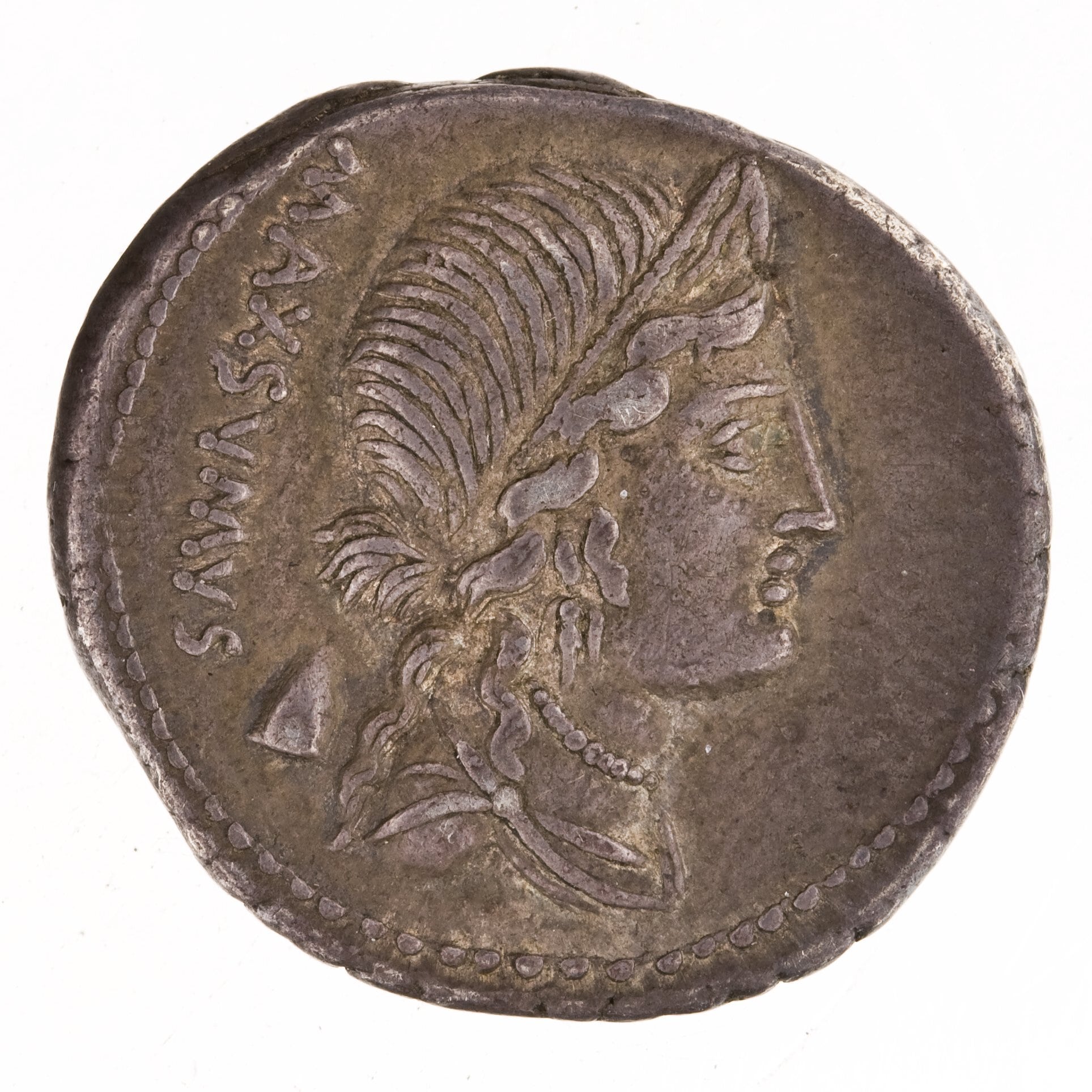 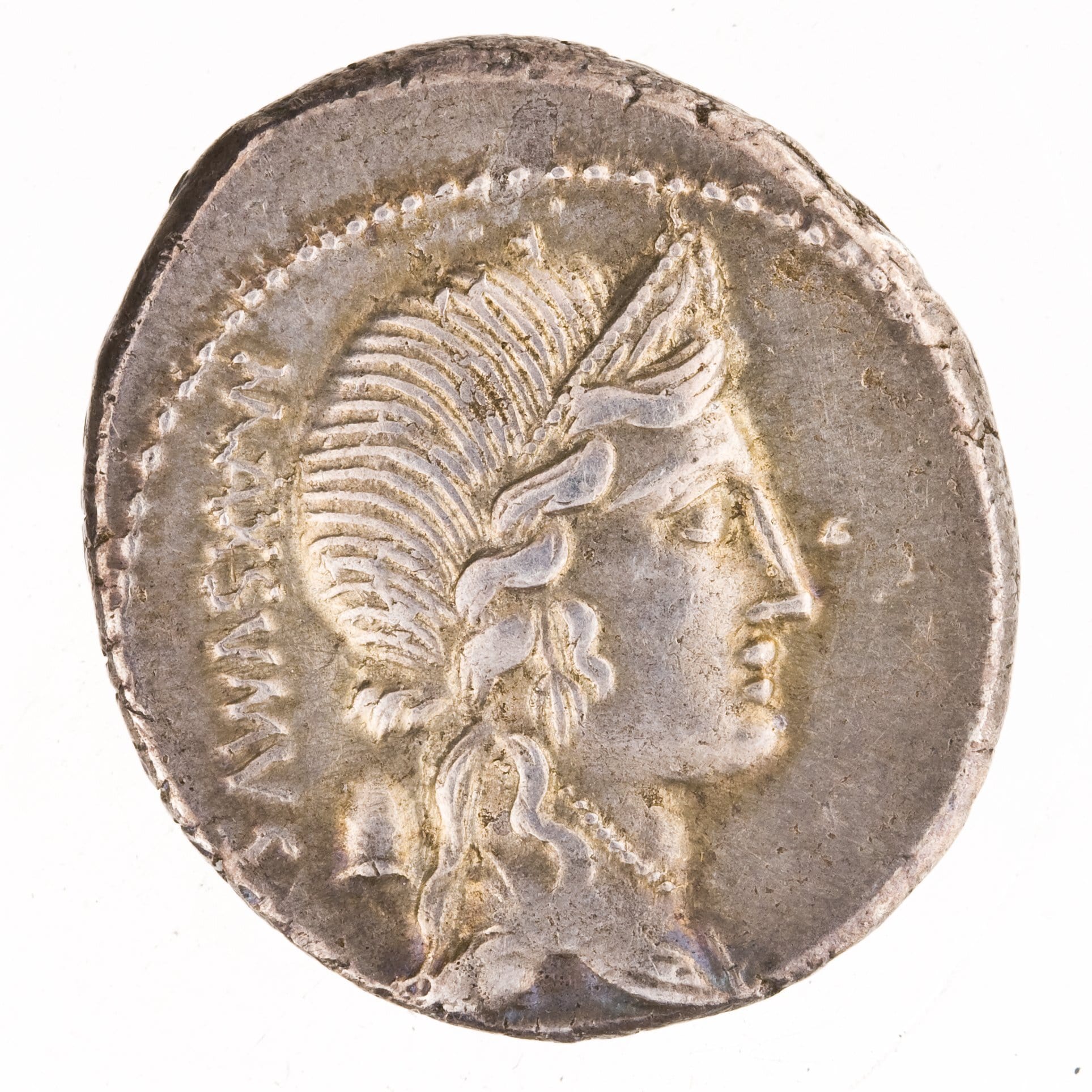 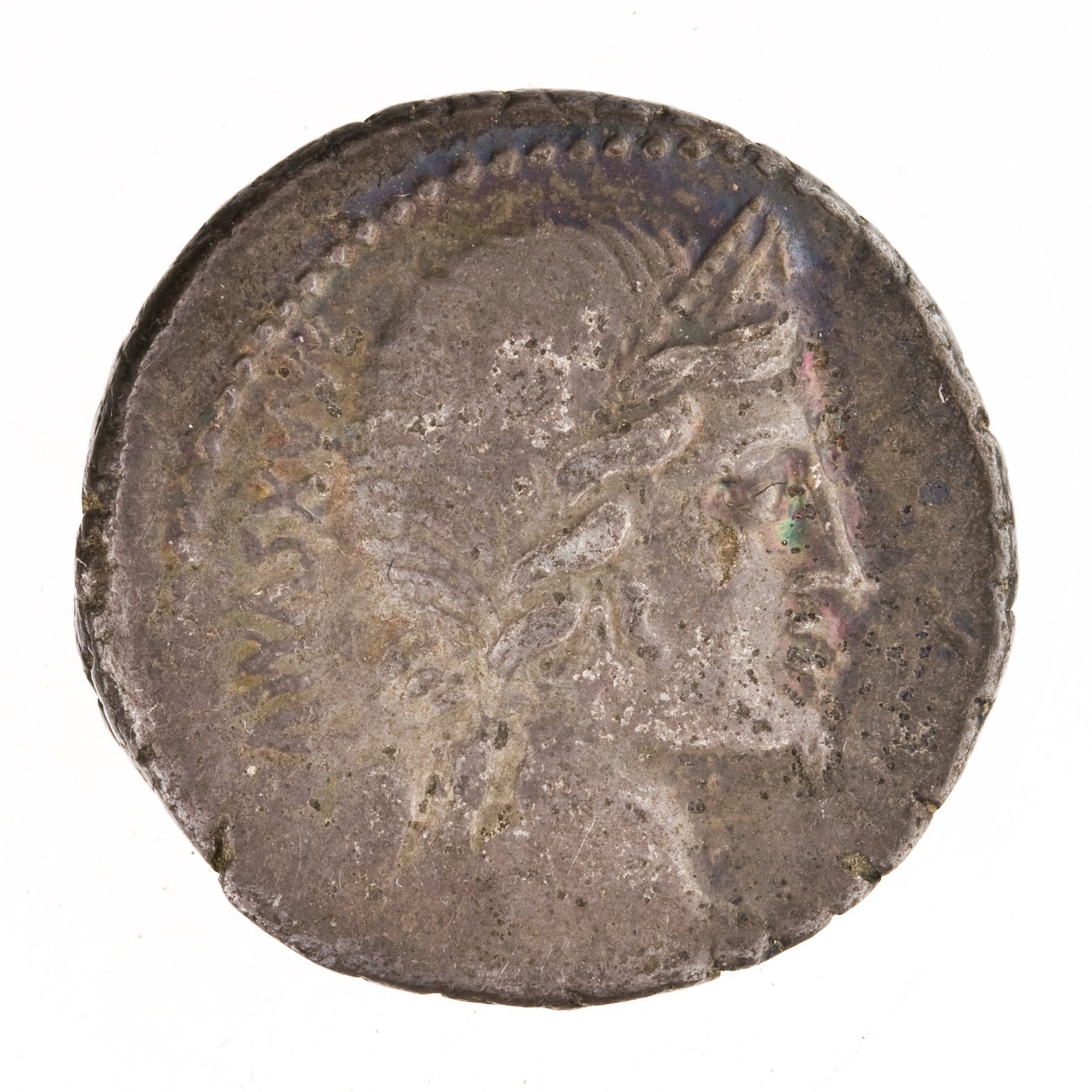 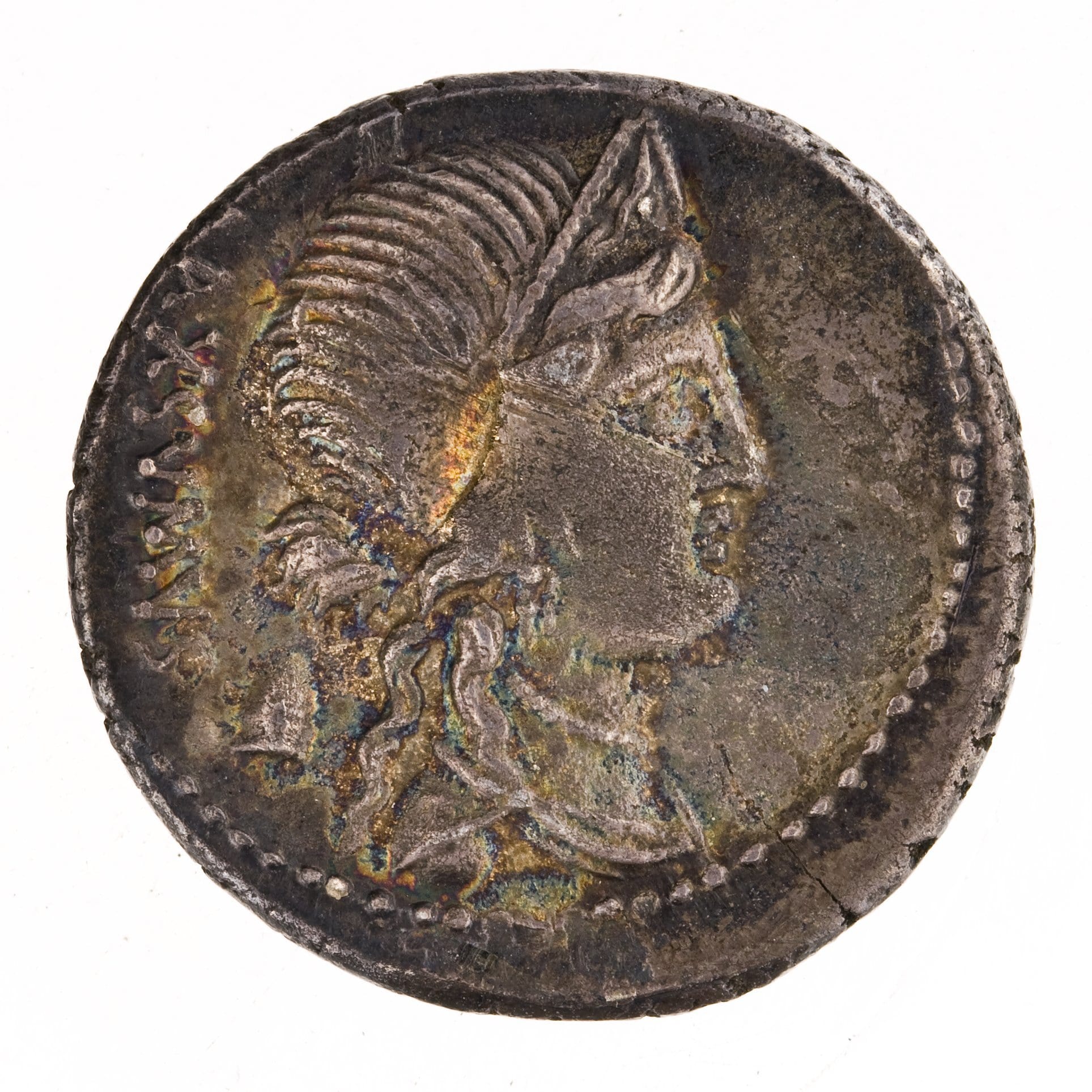 However, another war soon followed, solidifying Libertas as a symbol of the Republic. Libertas became synonymous with the establishment of the Roman Republic, serving as a symbol of both the Junia family and freedom from persecution. Several temples appear to have been built in her honor during the period, and numerous coins were engraved with her profile. Unfortunately, none of the temples have survived to the present day.

Lady Liberty, or Libertas, first appeared in America during the colonial era as part of the American fight for political independence from Britain. Paul Revere, an American hero, may have been the first to picture Lady Liberty in that setting.

Lady Liberty became an official emblem of several of the newly established states as the United States became a nation. Lady Liberty, holding Her Liberty Cap atop the Liberty Pole, appears on the New York State Flag beside the Goddess of Justice.

On the front of the Commonwealth of Virginia’s Great Seal, established in 1776, Liberty holds the Liberty Cap atop a pole in her right hand and is flanked on her left side by the Roman Goddess of Eternity (Aerternitas) and the Virgin Mary.

Conclusion:  Freedom is represented differently in different cultures and periods. There are innumerable stories of freedom and emancipation from all around the world, and mankind has not completed its struggle for total release.

This concludes our section on symbols for freedom, which focused on the Statue of Liberty and the Roman Goddess Libertas. If you enjoyed this and are curious to learn more, you should surely read our detailed post on symbols of Freedom and Independence with Their Origin Stories.

If you are into mysterious links and conspiracy theories, you may like this article about an ancient connection between the Statue of Liberty and The Anunnaki Goddess Inanna