In today’s post, we will be examining the symbols for fate/destiny throughout history. Here is the list explaining everything you need to know about symbols representing the concept of fate across cultures.

Contents show
1. Web of Wyrd, Skuld’s Net As a Symbol of Fate
2. Moirai, the Three Fates in Greek Mythology
3. Owuo Atwedee, The Adinkra Symbol for Fate Also Known As the Ladder of Death
4. Rota Fortunae, the Wheel of Fortune, the Roman Symbol of Fate
5. Blackthorn Tree, the Celtic Symbol of Fate
6. Feather of Maat, the Ancient Egyptian Fate Symbol
7. Celtic Dara Knot, One of the Ancient Symbols for Fate

Web of Wyrd, Skuld’s Net As a Symbol of Fate

The first item on our list of fate symbols is the Web of Wyrd. With no evidence of it from ancient times, the Web of Wyrd is mostly considered a modern Norse symbol.

The word “Wyrd” is the anglicized version of the word “Urd”, who is one of the three Norns in Norse mythology. The other name of the symbol, the Skuld’s net, is also connected to one of these three giantesses believed to be the spinner of the threads of life.

It was believed that Urd, Verdandi and Skul lived in a well that is known as the Well of Fate which also watered the Yggdrassil, the Tree of Life and wove the threads of fate for all beings in the universe. 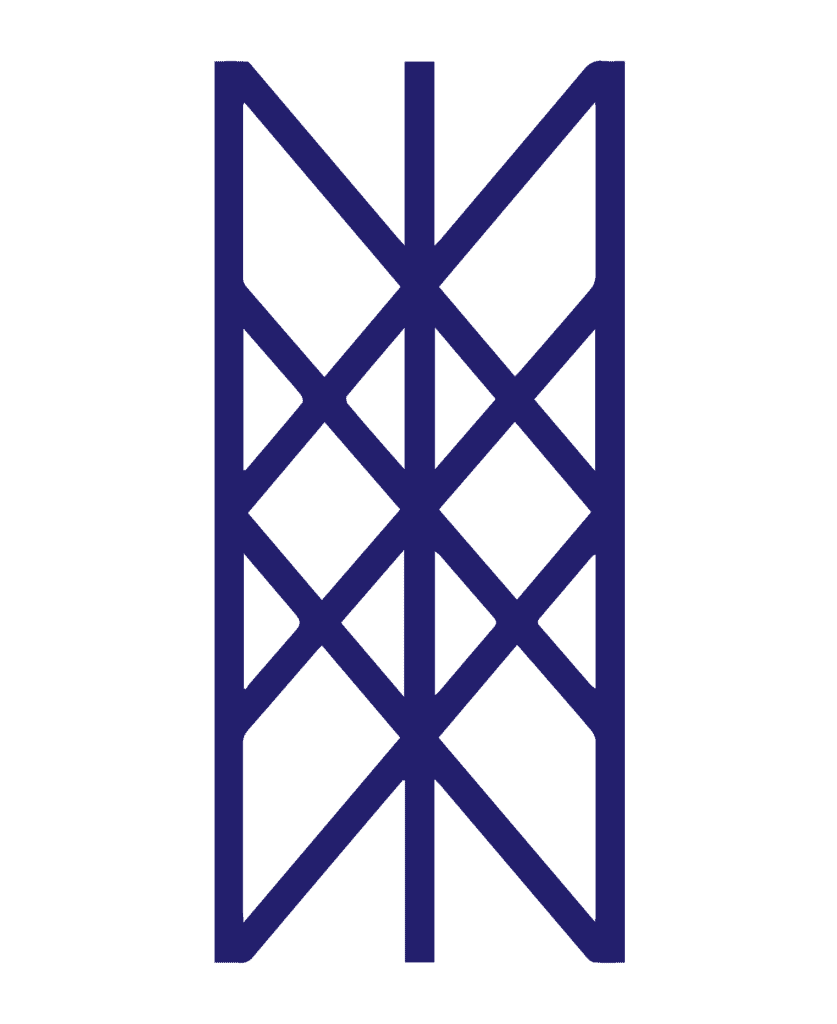 In this sense, the trio of Norns here is very similar to the Moirai of Greek mythology, the next item on our list.

The Moirai, daughters of Zeus and Themis, also known as the Three Fates, are the incarnations /personifications of fate in Greek mythology.

It was believed that these three goddesses were responsible for weaving the threads of fate controlling the destinies of all beings in the universe, just like the three Norns in Norse mythology.

Also mentioned in some versions of their myths as the daughters of the primeval goddess of the night, Nyx, the three fates had their own symbols. Spindles, threads, shears, scissors and doves were used as symbols representing the Moirai.

Owuo Atwedee, The Adinkra Symbol for Fate Also Known As the Ladder of Death

Owuo Atwedee is an Adinkra symbol from Africa that represents the mortality of all the human beings and death being their inescapable fate in the end.

The symbol, the name of which can be interpreted as “the ladder of death”, is simply depicted as a ladder that all people would climb eventually according to the Adinkra people.

Rota Fortunae, the Wheel of Fortune, the Roman Symbol of Fate

Rota Fortunae is the wheel of Fortuna, the goddess of fortune and luck in mythology. According to the belief, Fortuna spun the wheel to change the fates of people. While some people were given great fortune by the turning of the wheel, some suffered great losses.

The wheel of fortune became a prominent symbol of fate over time and has been used widely in literature and art by many people including none other than Shakespeare himself (in Hamlet).

Blackthorn trees known as one of the Eight Chieftain Trees in Ogham were considered a symbol of fate by the Celts.

It was believed that the blackthorn trees represented the power of fate and how one must not fight their fate.

Maat is the ancient goddess of justice, law, truth and balance in Egyptian mythology.

According to belief, in the Hall of the Two Truths in Duat (the realm of the dead in Egyptian mythology), the hearts of the dead people would be weighed on a scale against the feather of Maat.

If the heart weighed lighter than or equal to the feather, it would mean that this person lived a virtuous life and their souls deserved to move on to Aaru, the heaven in ancient Egyptian belief.

If it was heavier than the feather, it was eaten by the goddess Ammit and the soul of the person would forever remain in the realm of the dead.

This particular belief is the reason why Egyptian mummies had their hearts in their place while all the other organs would be removed.

Since it played a critical role in deciding one’s fate in the afterlife, the feather of Maat is a prominent ancient symbol of fate.

Celtic Dara Knot, One of the Ancient Symbols for Fate

Sacred to the ancient Celts, oak trees symbolized many concepts such as strength, endurance, knowledge and destiny.

The word ‘dara’ is derived from ‘doire’ which is translated as ‘the oak tree’ and a dara knot is a form of representation of the oak tree in Celtic art.

The dara knot, which has no beginning and no end, is a prominent symbol representing one’s relation to their roots and it is generally considered a symbol of wisdom, strength and fate.

This wraps up our post on symbols for fate and destiny. We hope you enjoyed reading it. If you did, please kindly check out our other posts on symbols of prosperity, wealth and good fortune here and symbols of harmony here. Thanks for reading with us.