I find the lotus a particularly fascinating symbol. It is an almost universal symbol as the Eastern Lotus or the Western Lily or even Rose. It is a solar and lunar, birth and death, appearing with Egyptian and Hindu Sun Gods and Semitic Moon Gods and with the Great Mother as Lunar Goddess.

The special spiritual connotations of the pink lotus flower are often challenging to communicate to others. Naturally, lotus blossoms have symbolic implications in several civilizations and Lotus blooms come in hundreds of distinct varieties.

The pink lotus flower can have different connotations for different people. Because it depends on what they believe and how the pink lotus truly represents them individually.

The lotus blossom has been portrayed for ages in a variety of cultures and religions. The lotus is a fortunate sign respected for its tenacity and, of course, its beauty. It somehow grows in the murkiest of conditions.

In Buddhism, the pink lotus represents innocence, enlightenment, knowledge, and truth. Both the beauty of life and a calm mind and heart are represented by it. In essence, it represents Buddha.

The Pink Lotus flower is one of the key symbols of prosperity in Buddhism. The flower’s initial and most literal meaning is that of rising and blossoming above the muck to gain enlightenment. It thrives best in murky water.

Purification is the second meaning, which is connected to the first. It is comparable to the spirit’s purification after being born in obscurity. The third interpretation speaks about loyalty. Those trying to ascend above the murky waters must be devoted followers.

Buddhism has a narrative from ancient times that describes the pink lotus blossom. A bee landed on Buddha’s hand and stung it while he slept off beneath the pink lotus tree. After a while, the bee grew weary and went away without further injuring him. He taught his followers the next day by raising his hand. They observed that he had a mark from the bee sting on his hand.

When he observed this, Buddha said that he had attained enlightenment by remaining still despite being stung by a bee while in the shade of the pink lotus tree.

The mark on his palm has changed into a lovely, five-petal pink lotus blossom. This demonstrated Buddha’s capacity for composure and resistance to intoxication.

The pink petals smile to the morning light

Scatter in the muddy pond as the birth site

What a wonderful life of the pink flowers

The roots and bulbs nourished by dirty water

The flowers whirl up and expose to the wind

Then turn to a dozen tasty soft nuts therein

Man’s birthplace does not define the destiny

The muddy stinky pond is the original family

While the pink lotus gives beauty and perfume

Rise to one’s feet to change the old costume!

Summary Of The Meaning of Lotus Flower in Buddhism

One of Buddhism’s most well-known enlightenment symbols is the lotus, which is significant in various Buddhist traditions.

Everywhere the infant Buddha walked, a lotus flower supposedly grew. One of the key scriptures of Mahayana Buddhism and the cornerstone of the Pure Land schools is the renowned Lotus Sutra.

Buddhists consider the lotus to be a symbol of life. The flower represents success in overcoming the hardship, difficulties, and hurdles we encounter. This development might be seen as advancing down the road to enlightenment or a condition of purity. Buddhists associate the flower with rebirth and reincarnation, which are also aspects of life. The flower also represents spirituality, purity, and self-purification. 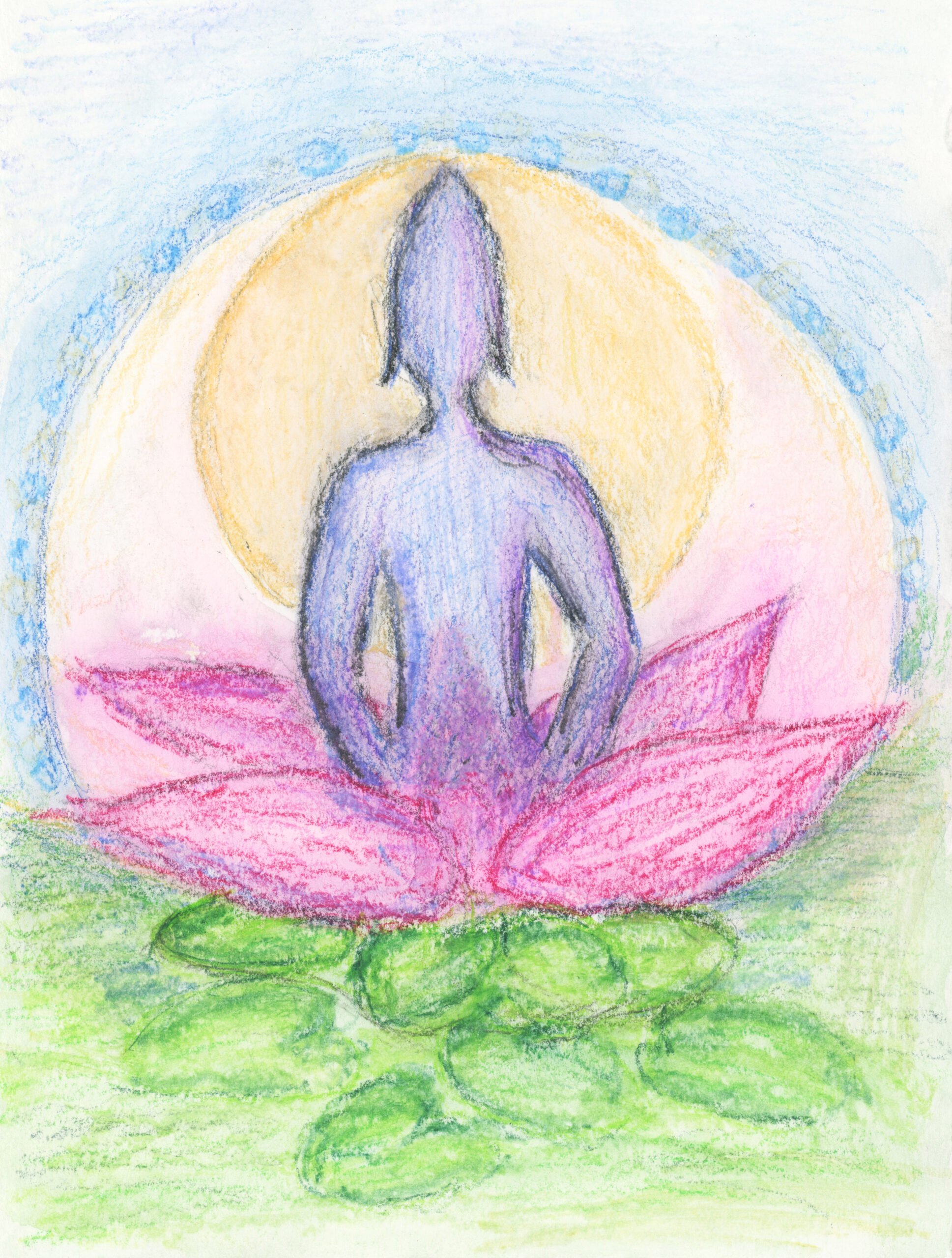 In addition, the flower stands for spirituality, purity, and self-purification.

An important Buddhist text that emphasizes the lotus-related teachings of Buddha is called the Sutra of the Lotus Flower of the Wonderful Law. The lesson asserts that there cannot be a lotus without muck, but the lotus is unaffected by the mud.

For a deeper dive into Lotus Flower Meaning and Symbolism across cultures, be sure to read our other detailed article.

In Buddhism, many flower colors have varied symbolism and meanings. For instance, the blue and red lotus is connected to spiritual liberation and represents compassion and love. The highest lotus, or the actual location of the Buddha, is thought to be the pink lotus flower.

Because of this, the lotus flower has been connected to rebirth throughout history, notably in Buddhism, and purity.

The Pink lotus symbol in buddhism signifies one’s heart and the state it is in is also a symbol of the state a person is in; when the flower is only a bud, it indicates a person who is still inward-looking and hasn’t embraced other forms of spirituality.

In a deeper spiritual context, the meaning of lotus flower in buddhism represents the journey and development of the soul as it realizes how to become one with the supreme soul through the material universe.

What about the Lotus in Hinduism?

Other religions, like Hinduism, would portray their Gods or Goddesses on the lotus plant to symbolize their reverence and importance among the populace.

Something I wasn’t aware of that I recently uncovered in my research, is that the Hindu’s rather beautiful belief about creation with the Golden Lotus variety. They attribute the Golden (not Pink) Lotus as being symbolic of the world before creation as we understand it now as humans.

The Pink Lotus specifically is widely regarded as the national plant of India.

The Hindu Goddess of Wealth and Prosperity, Lakshmi, is often represented by the Pink Lotus flower and many artistic depictions show her gracefully poised on the pink lotus. There is a fascinating and quite beautiful hindu religious story concerning treasures and rebirth involving Lakshmi, Vishnu, Indra and the Pink Lotus. 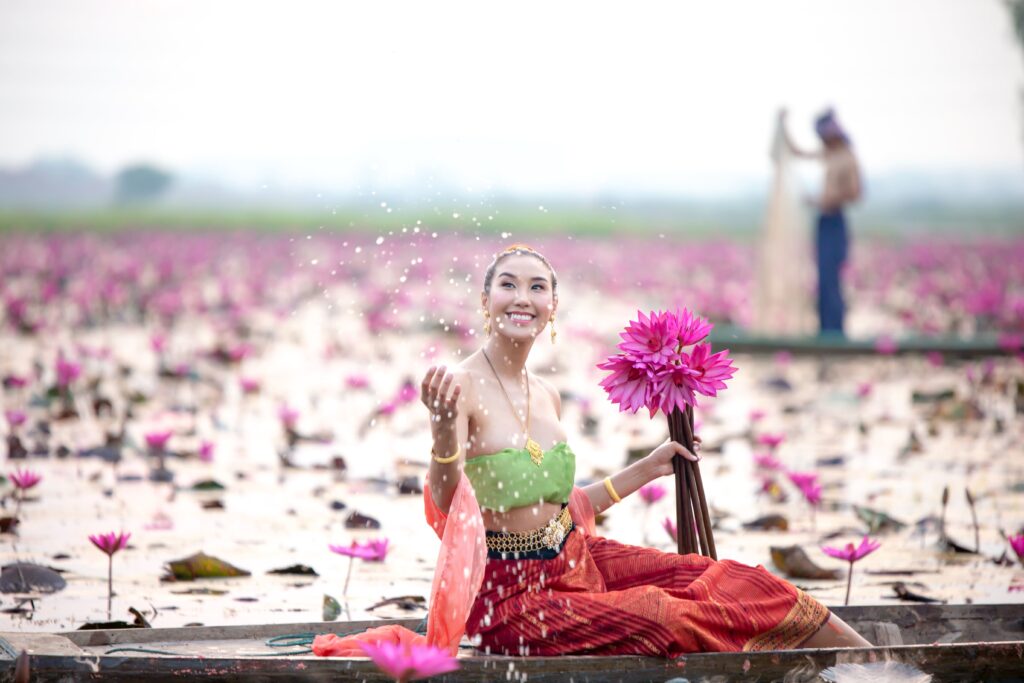 These flowers are also renowned for their durability, which refers to the fact that they do not quickly wither when kept dry. Although the symbolism of the pink lotus has roots in many different faiths, it has transcended these roots to become a sign that may be worn by anybody, regardless of their place in a particular religion. If you would like to read about the lotus flower’s meaning and symbolism please check out our detailed article.

Thanks for visiting our little website on symbols and their meanings. We hope to welcome you back here soon.