In this article we will explore some of the key Japanese symbols of strength and wisdom that have emerged in Japanese culture.

The term “strength” has a certain ring to it in it’s various versions in every language. Even more remarkable than the term for strength are the Japanese signs and symbols for it. Power, strength and wisdom are the three character traits that almost every human aspires to have at some point in their lives.

Sometimes Japanese representations of strength are legendary beings that are lovely yet terrifying and enigmatic. On closer inspection, these Japanese symbols shed light on the nation’s history and distinctive characteristics. They also can reveal many subtle facets of its cultural life over the ages.

Symbols and signs have been used extensively throughout the Japanese history of mythology and iconography. Read on with us to explore some of the many strength and wisdom symbols that are significant in this rich East Asian culture.

Contents show
1. Kanji Symbols for Strength and Wisdom
1.1. Ka
1.2. Eiki
1.3. What Does Wisdom Mean in Japanese Culture?
2. A Whole Self Perspective on Strength? The Zen Circle
3. Mythical Japanese Dragons
4. Japanese Animal Symbolism
4.1. The Japanese Macaque is a Symbol of Wisdom
4.2. Turtles Represent Japanese Symbols of Strength, Wisdom and Knowledge
4.3. Frogs

Kanji Symbols for Strength and Wisdom

There are a great many Kanji that may be interpreted as symbols of strength, depending on their context and use.

“Ka”, as it sounds is very popular as a kanji tattoo symbolizing Power and/or Strength.

The majority of the time, this sign/word represents strength in the sense of strong will, a magnificent temperament, great intelligence, and even vitality. Additionally, it denotes exceptional talent and vibrant activity in the workplace. Dive into this Japanese Dictionary for more detail on the Kanji for Eiki.

What Does Wisdom Mean in Japanese Culture?

The importance of knowledge and intellect is quite high in Japanese culture, particularly in the modern era. Despite having the same kanji, they are thought of as two distinct objects.

For many Japanese a symbol for strength and wisdom is the capacity to reason through difficulties and acquire knowledge while putting emotional concerns aside. While wisdom places greater emphasis on the value of harmony and the capacity to carry out activities toward the selected life objectives. This indicates that being wise entails being able to handle events on one’s own and other people’s aims while taking all relevant parties into account.

A Whole Self Perspective on Strength? The Zen Circle

The Zen circle, also known as the Enso, is a revered icon in Zen Buddhism for those walking the path of enlightenment. It is also frequently referred to as the circle of unity. An ordinary Buddhist and Japanese calligraphy symbol, it is made with a simple brushstroke that creates an enclosed group.

This sign denotes contentment with one’s self. Which is perhaps the ultimate form of strength for those with a deeper perspective on what it means to exist as a human. It also represents having no beginning or end and being both empty and utterly full. Through a simple, basic brushstroke, The Enso represents many intricate Buddhist principles in one elegant and minimal symbol.

Dragons have traditionally been painted as wise and mighty protectors of humans in many eastern cultures. The Japanese Water Dragon and the Japanese Sky Dragon are the two main varieties of Japanese dragons. The Japanese water dragon is a water god which typically appears in rain or bodies of water. The term “water dragon” is referred to as “Mizuchi” in Japanese.

Humans have always been fascinated by the Japanese dragon. This magnificent serpentine monster, which serves as the kami’s protector, is famed for its strength and unpredictability. The famous Kinryu no mai event and festival features a dragon celebration as a cultural cornerstone.

Dragons have always been portrayed as intelligent and mighty protectors of humans in many eastern civilizations. They provide protection from all threats and teach those they are delighted with wisdom. Both Japanese culture and the field of tattooing regularly include the dragon.  It is also the master of transformation, serving as a symbol of wisdom and longevity.

The Japanese Macaque is a Symbol of Wisdom

In Japanese tradition, the snow monkey is a symbol of wisdom. It is identifiable by its red buttocks and face. Due to its climate adaptation to prevent frostbite, the animal lacks a tail and has a well-furred coat.

At the O-bon festival or in theaters, the Japanese macaque is frequently on display. Additionally, it is a great swimmer. You could come across one if you visit a hot spring or onsen in Japan. 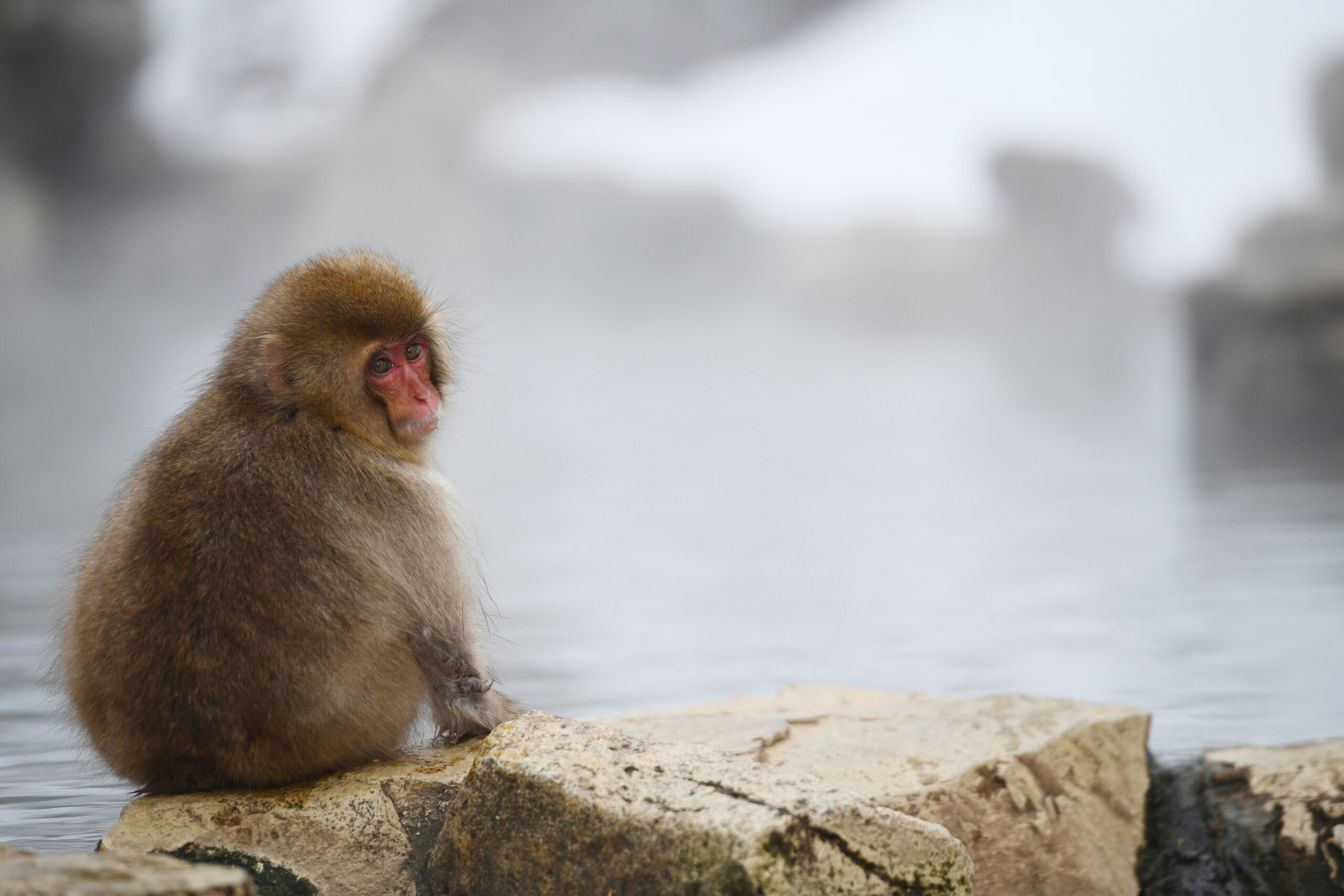 Japanese people refer to turtles as kame. They stand for endurance, safeguarding, tolerance, good fortune, and knowledge. A turtle is a representation of both heaven and earth in Japanese culture. Heaven is the strong shell that protects the turtle, while earth is the flat, supple area that lies underneath the shell. It demonstrates that heaven is guarding the earth and that in order to profit from heaven, one must behave honorably on the surface of the planet. A turtle has the qualities of slowness, strength, wisdom, and firmness.

Japanese people refer to frogs as kaeru. They represent supernatural power, wisdom, strength, and secrecy in the Orient. Since the time of the kings and emperors, they have been a part of Japanese myths and folklore. These frogs were found in rice areas that were constantly under water. Japanese folk regarded them as lucky creatures since they used to consume insects that damaged the rice harvest. In the past, regular travelers would bring frogs on their excursions.

They believed that frogs never forget their home and always make an effort to get back. This idea gave them hope that they would safely return to their destinations. Because of this, Japanese farmers believed that frogs also represented the return of good things.

Japanese tradition, history, and mythology are profoundly ingrained in their society. Several historical and modern symbols attest to the fact that Japanese emblems of strength play a significant role in the culture of the country. Here is our in-depth post if you want to learn more about the symbols of strength and perseverance animals and tattoo meanings ideas from many different cultures throughout history.