As “Jesus Nazarene, King of the Jews,” INRI is an acronym for the Latin phrase IESVS·NAZARENVS·REX·IVDÆORVM (Jesus Nazarenus, rex Judaeorum). In the Passion account of the Gospel of John, this title appears in the New Testament. 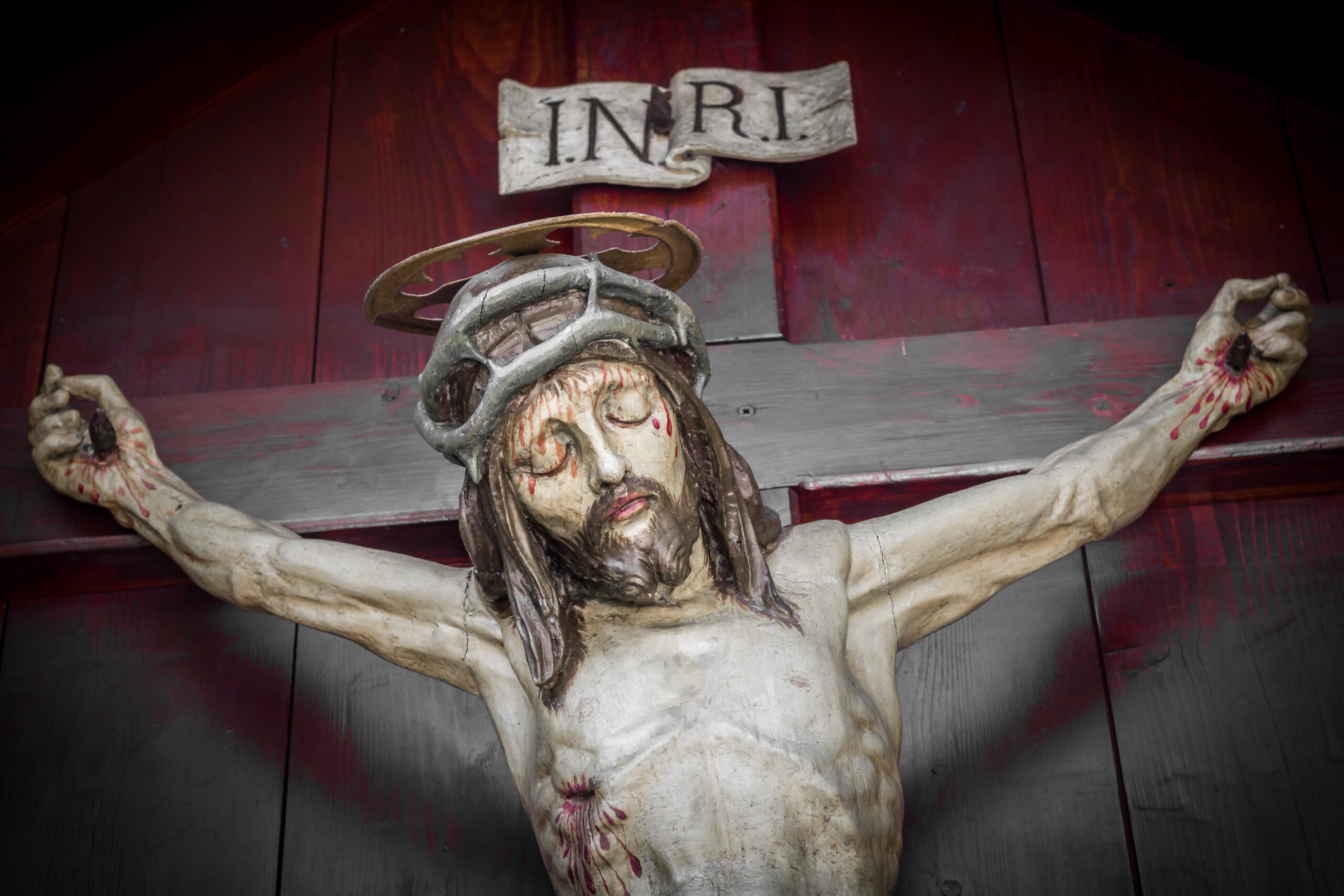 What Does INRI Mean?

The “I” and “J” are frequently interchangeable in Latin, and the “J” was not used in classical Latin. Consequently, it is I.N.R.I. and not J.N.R.J. Romans frequently hung a “titulus” or placard above the crucified person to describe the charges brought against him. According to the Bible, Pilate issued the accusations in Latin, Greek, and Hebrew.

Jesus Christ sometimes referred to as “Jesus of Nazareth, King of the Jews,” is the subject here. During the crucifixion, this inscription was put over the head of Jesus the Nazarene. In the New Testament, it appeared in Luke 23:38, Mark 12:26, Matthew 27:37, and John 19:19–20.

Why is the Latin phrase Jesus Of Nazareth The King Of The Jews, which appears on the cross, abbreviated as INRI? This is because the original Latin Vulgate translation of the Bible was used. St. Jerome’s Vulgate Latin translation of the first comprehensive combined bible was first published. The Gutenberg Bible, also known as the Gutenberg Bible, was published in 1455 CE. The Latin portion of the charge, which became known as INRI as people got accustomed to it, is thought to have done this.

What Does INRI Mean Above The Crucifix?

The symbols, which are taken directly from the Bible, are usually seen on the top of crucifixes. The soldiers “put over his head the written charge against him: This is Jesus, the King of the Jews,” according to the first three Gospels of Matthew, Mark, and Luke, which are referenced in the narrative.

By describing how the Jewish officials objected to this sign, the Gospel of John elaborates on this specific chapter of Jesus’ Passion tale. Pilate is in charge of ordering the sign and making sure that it is printed in several languages so that everyone can read it.

The Latin word INRI was chosen over the Greek or Hebrew words for the inscription because the Catholic Church was first established in the Roman Empire and Latin was made the “official” language of the Roman Church.

The abbreviation serves as a reminder that even though Pilate’s accusation was intended as a jest, it is accurate: Jesus is our king and has come to deliver us from sin and death. The cross served as his throne, and he ruled over us with love and mercy. We can all unite behind Jesus as the only real king.

Historical Background Of INRI In The Bible

The biblical accounts of Jesus’ execution and death claim that he was arrested in Jerusalem and brought before Pontius Pilate to answer questions about his supposed involvement in treason against the Roman Empire. It is noteworthy that when Pilate questioned Jesus about the purported title of “King of the Jews,” Jesus neither acknowledged nor rejected the accusation, instead merely responding that he was being called such. Jesus’ hesitation on this matter was seen by Pilate as implied agreement with the accusation, which gave Pilate justification to sentence Jesus as a possible challenge to Roman rule and a disruption of the peace.

The Roman soldiers insulted Jesus as they hung him on the cross and put a signpost with the words “Jesus of King of the Jews” on it. This epithet was added to the cross to make fun of Jesus and his supporters’ faith that he would lead the Jews in destroying Roman power.

Due to Roman Empire persecution, it was risky for Christians to exercise their beliefs in public throughout the early years of the church’s development. As a result, certain symbols developed to covertly communicate Jesus’ teachings without drawing the attention of Roman authorities. The so-called nominal sacra, which were acronyms of heavenly names and titles employed in early Greek scripture, were among these symbols.

The most popular Christogram in the Latin-speaking Christianity of medieval Western Europe is “IHS” or “IHC,” which is taken from the first three letters of the Greek name of Jesus (and therefore among Catholics and many Protestants today).

Iesus Hominum Salvator (Latin for “Jesus, the Savior of men”) and In Hoc Signo are two interpretations of the acronym IHS. Even in the English language, there are several instances where “IHS” is used to mean “I Have Suffered” or “In His Service.” Backronyms are those interpretations.

During Jesus’ crucifixion, this INRI inscription was written on his cross. Jesus’ claim that he is the King of the Jews was mocked with this expression at the time. So that everyone who was watching could see his “crime,” it was written on the cross in three different languages. Quite inclusive, if you think about it!