Christening is a term used to describe infant baptism in the holy greek orthodox tradition. A child is ceremonially reborn in Christ by baptism and “named” as one of the elect in the Book of Life. The Greek Orthodox church emphasizes tonsuring, chrismation, and the ritual of churching in addition to baptism at christenings.

In today’s post we examine the symbolism behind one of many Christian Cross types, the Holy Greek Orthodox Cross.

Holy Cross Day is a liturgical celebration held on September 14 to honor the cross on which Jesus Christ was crucified. It is also known as Universal Exaltation of the Holy and Life-Giving Cross.

It was embraced by the Roman Catholic Church in the seventh century and is also followed by a number of Protestant faiths, such as Anglicanism and Lutheranism. The cross, which signifies Christ’s victory over death, is the unifying emblem of the Christian religion. The feast honours the heavenly metamorphosis of a brutal torture device into a “tree of life” that gives humanity hope. In certain traditions, a cross is pointed in the four cardinal directions to symbolize the universality of Christ’s atonement, and prayers are said for everyone’s salvation.

The cross represents the pinnacle of Christian faith for Greek Orthodox believers. In order to signify the Holy Trinity, Orthodox Christians make the sign of the cross by connecting their thumb, index, and middle fingers together. The person then touches their forehead, heart, right shoulder, left shoulder, and palm of the hand to their hearts before releasing the fingers from this position. Additionally, it represents loving God with all of our hearts and brains.

The Universal Exaltation of

The Precious and Life-Giving Cross

To the Most Reverend Hierarchs, the Reverend Priests and Deacons, the Monks and Nuns, the Presidents and Members of the Parish Councils of the Greek Orthodox Communities, the Distinguished Archons of the Ecumenical Patriarchate, the Day, Afternoon, and Church Schools, the Philoptochos Sisterhoods, the Youth, the Hellenic Organizations, and the entire Greek Orthodox Family in America

Beloved Brothers and Sisters in Christ,

Today as we venerate the Holy Cross of our Lord, and Orthodox Christians around the world raise the symbol of the sacred and precious wood, we proclaim the Cross to be an invincible shield, a divine scepter, and the boast of the faithful.  We exalt it affirming that the Cross sanctifies to the ends of the world.  We hail the life-giving Cross as the “unconquerable trophy of godliness, door to Paradise, and succor of the faithful.”  Through the Cross our enemies are vanquished, freedom from corruption and mortality is established, and salvation is offered universally.

As the Cross is lifted up, we marvel at how an instrument meant for torture and shame leads us to abundant and eternal life.  We contemplate how an object that inflicted suffering and death reveals the glory and power of God.  We offer praise and thanksgiving, for instead of hate and inhumanity, the Cross has become love and freedom.  Instead of suffering, we find healing and hope.  The Cross leads us from death and life, and through the Cross we know that all things are possible to those who believe in Christ.

Today as we lift up the Holy Cross, we offer a witness to the world of the power of faith.  We are reminded that Christ has called us to deny ourselves and take up our cross daily and follow Him. (Luke 9:23)  We reflect on the words of the Apostle Paul which offer guidance on the relationship of the Cross and faith: I have been crucified with Christ; it is no longer I who lives, but Christ who lives in me; and the life I now live in the flesh, I live by faith in the Son of God, who loved me and gave himself for me. (Galatians 2:20)  The Cross shows us the power of God that makes all things possible through faith.

As we venerate the Cross of Christ and affirm the victory and potential we have through it, we offer prayers and support for our beloved Holy Cross Greek Orthodox School of Theology.  In this place consecrated for worship, prayer, and learning, are many who have taken up their cross to follow Christ.  It is a place that is integrally linked to our Orthodox faith, and it is faith in Christ that has led so many to come to Holy Cross to prepare for a life of service.  It is a place of tremendous potential, where students see that all things are possible through faith.  Through their commitment and calling, lives will be transformed, parishes will grow, needs will be met, and souls will be led to Christ and the abundant life He offers.

On this beautiful and inspiring Feast may we remember in prayer and support the vital mission of Holy Cross and our beloved students, faculty and staff.  May we offer our thanks to God for the work of the trustees and for the commitment of the many benefactors who give for this sacred work of our Church in America. May we also be filled with amazement as we look upon the Cross and affirm what the power of God has accomplished for our salvation.  May we go forth from our gathering as His people, the Cross before us, knowing that through our faith in Christ, great and marvelous things, things that seem impossible and unattainable, will be accomplished for His honor and glory!

With paternal love in Christ.

Prayer excerpt from Archiepiscopal Encyclical for the Universal Exaltation of the Precious and Life Giving Cross, September 14, 2018. Greek Orthodox Archdiocese of America

Everyone is aware that there are no restrictions when it comes to making the sign of the cross. But occasionally in church, it feels like everyone is doing their cross in unison. There are thirteen fragments of the True Cross of Jesus Christ in this location, four of which are huge portions kept in historic reliquaries and nine of which are smaller pieces kept in reliquaries along with other saints’ relics. The Cross represents: 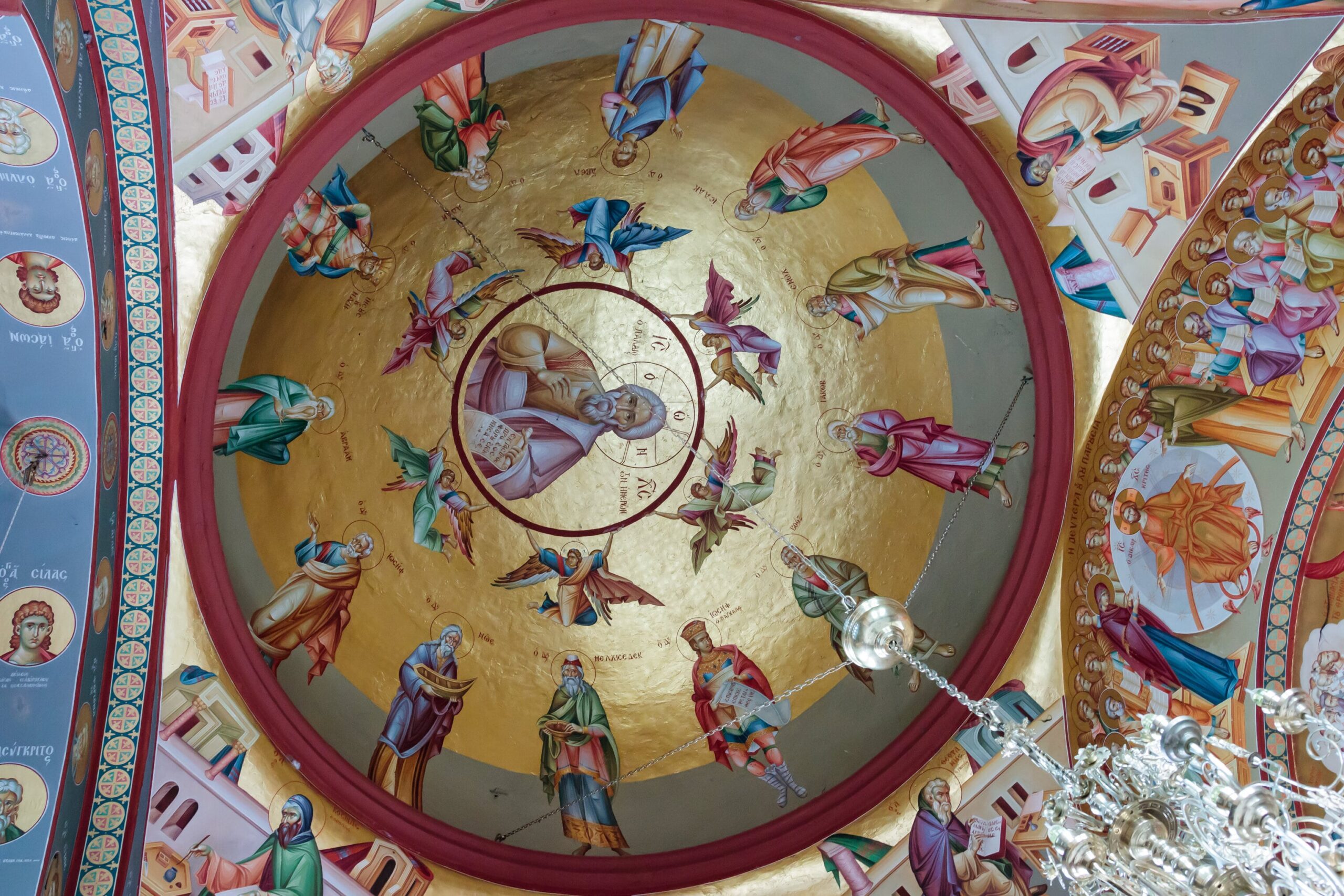 Jesus Christ and the Holy Spirit are the source of the Church, not a human teacher, organization, moral code, or philosophical system of belief. According to Orthodoxy, the Apostolic Community, which was established by Jesus Christ and given life by the Holy Spirit, is where the Church first emerged. Pentecost, which is observed fifty days after Easter, celebrates the “outpouring” of the Holy Spirit onto the Apostles and signals the start of the Church’s mission to the rest of the world. The Holy Cross Greek Orthodox Church holds that she and the Church of Christ, which was born in the Pentecost experience, have been in a continuous and direct relationship of love, faith, and order.

The Greek Orthodox Church, which “stands in modern society as one of the communities formed by the apostles of Jesus in the region of the eastern Mediterranean, and which extended through missionary activity across Eastern Europe,” is one of the three main branches of Christianity (Meyendorff 5). Orthodox is a Greek term that means right-believing. Currently, there are more than 174 million adherents of orthodoxy worldwide.

The Greek Orthodox Church Is Autonomous

Which means that it has a separate head bishop. The patriarch, metropolitan, or archbishop titles are all used to refer to the chief bishops of this autocephalous church. These priests are similar to the Pope in that they determine church theology and typically render crucial judgment on hot-button issues. The Greek Orthodox Church firmly emphasizes in its doctrinal pronouncements that it adheres to the historic Christian faith, which was shared by both East and West during the first millennium of Christian history.

The Beginning Of Orthodox History Is Pentecost

The New Testament contains extensive accounts of much of what happened in the early church. Pentecost, which is recorded in the Acts of the Apostles and occurred in 33 A.D., is considered to be the official beginning of the church’s history. The Apostles and the crowd present at Pentecost were overtaken by the Holy Spirit, who caused them to speak in tongues. This occasion is now commemorated by the Orthodox Church fifty days following Pascha.

Things to Know About The Greek Orthodox Baptism Cross

For an Orthodox Christian, an orthodox baptism cross is more than just jewelry or wall art; it serves as a symbol of our allegiance to God and Christ, Our King. Orthodox Christians see the Cross as a sacred symbol, hence it should be handled with care.

The Orthodox Church exhorts it’s followers to avoid using the cross as ornamentation because it has no such function. Therefore, one shouldn’t make it their top priority to buy a pricey gold cross or one that is set with valuable stones. The main objective here is not luxury and ego. This implies that it is not advised to purchase a pricey update or a new cross if you currently own one.

Orthodox priests warn believers from consecrating the greek orthodox cross by themselves for any reason, even if they are aware of the necessary rituals and prayers. Only a priest should carry out such consecration. After all, the church clergy are the only ones who are authorized to offer some prayers. 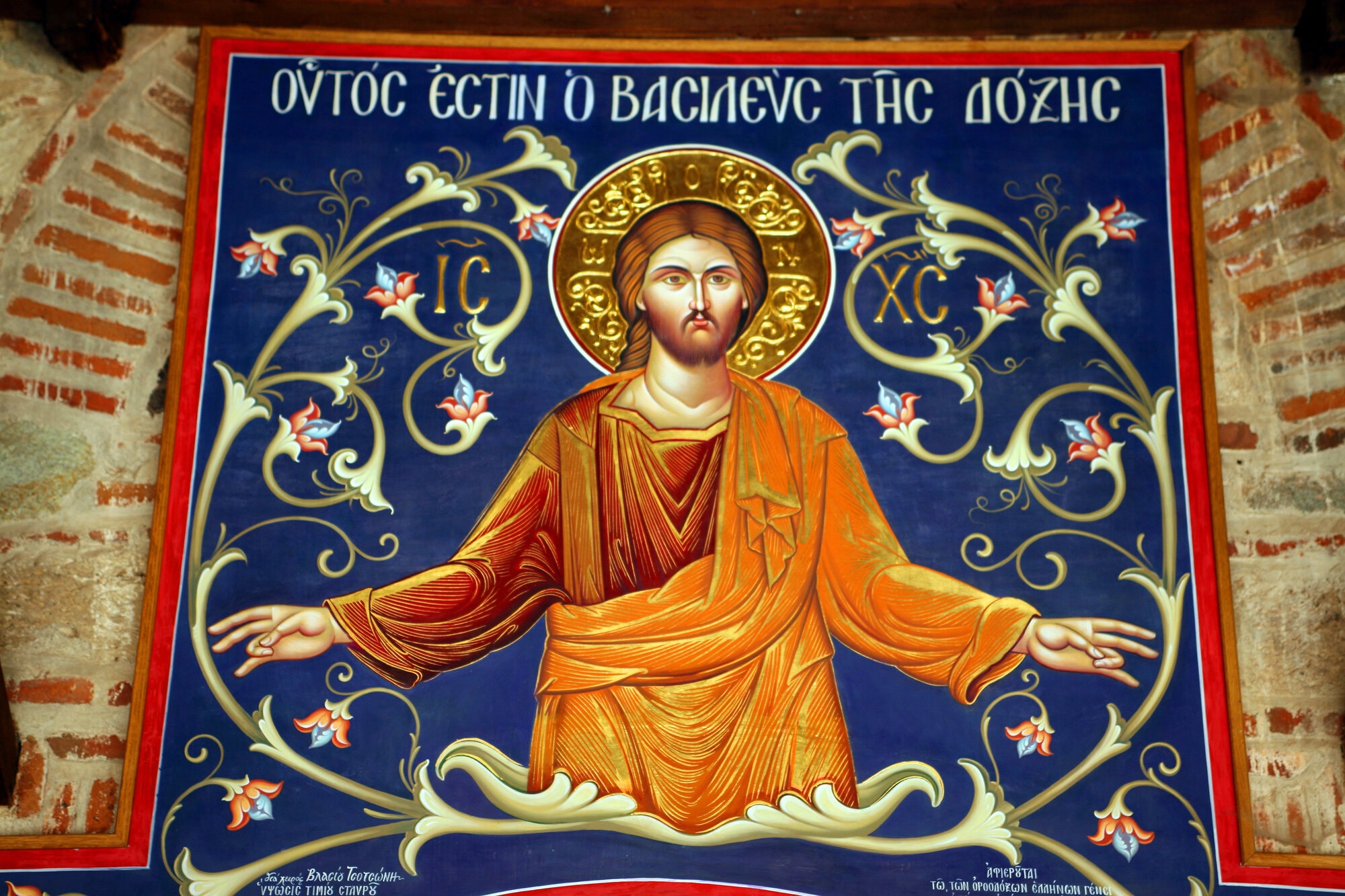 If you are looking for more types of crosses and Christian cross variants then read our detailed article here. This wraps up our post on the Holy Greek Orthodox Cross‘s meaning, history, and also Orthodox Baptism Cross. We hope you enjoyed it, thanks for reading!