You’ve got a vision, a wealthy woman, and you’re finally ready for that eye tattoo you’ve always wanted. You’ve even had a couple of tattoo ideas in mind, but before you make the big decision, you’d like to know what a female Egyptian eye tattoo means. You enjoy the intrigue and mystery, but you want to be definite that what you are inking on your body in a pretty permanent fashion is a message you agree with.

From ancient Egypt to Christian tradition, the symbolic eye has been present in societies for ages. Maybe you feel it will provide you with safety, omniscience, and clarity, or you think it looks summery. Whatever your goals are, you can be sure that others will be curious and ask you what your tattoo signifies.

Make up your tale behind the meaning of your new eye tattoo if you’re a rebel who forges her path, or stay with the original meaning if you like the straight facts. In any case, be sure to learn the historical symbolism of the various patterns. The finest stories are told by educated women. 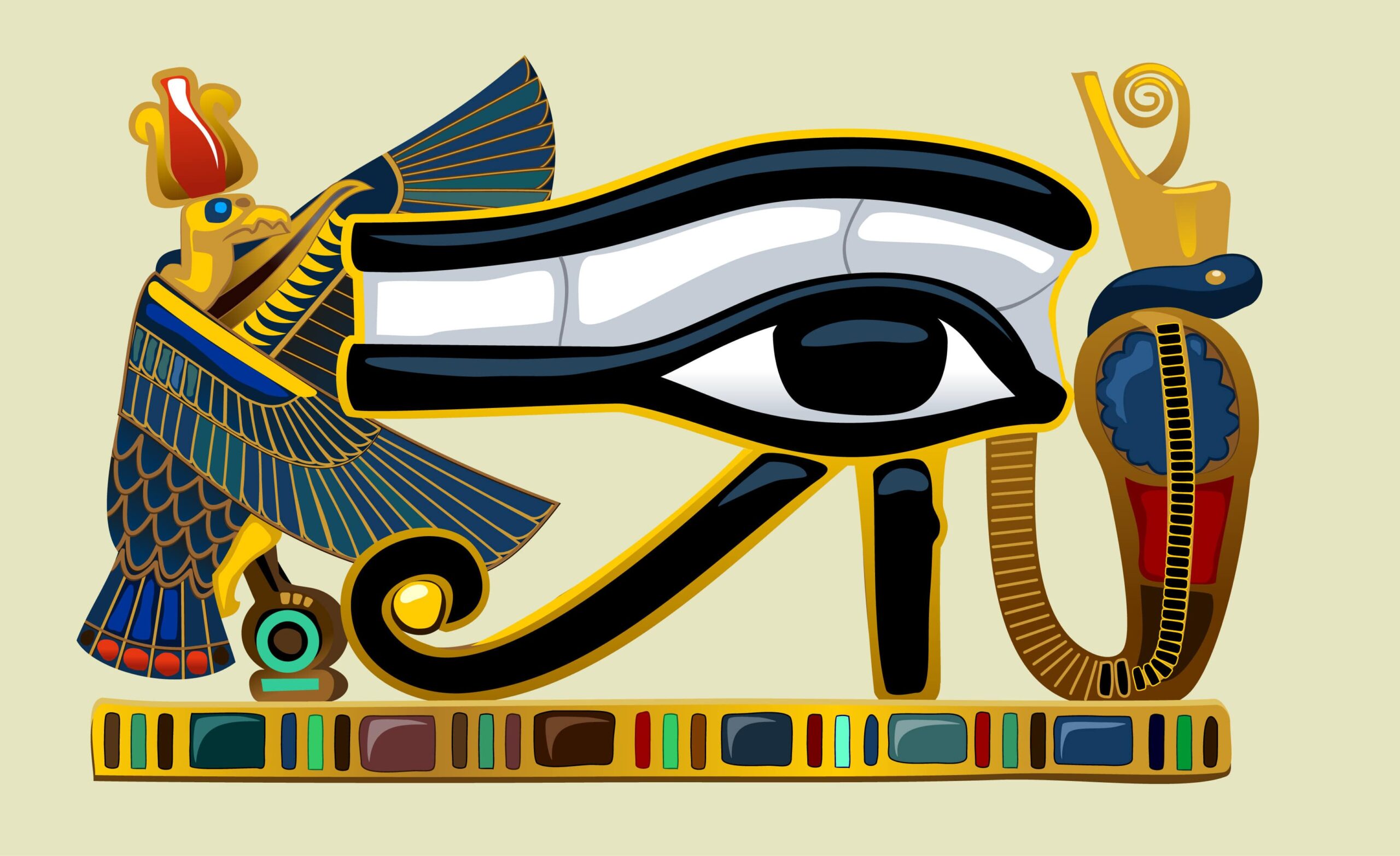 Which Egyptian Gods does the Eye Tattoo Symbolize?

The ancient Egyptians were part of one of the most compelling societies in human history. Ancient Egyptian symbols, architecture, art, mythology, and magical artifacts intended to bring protection and wealth were employed by the people of that period to give credibility to both the physical and spiritual components of their civilization.

The sign is used to symbolize a variety of deities, including Hathor and Ra, Horus’ father, with the specific god or goddess being identified by the hieroglyphs or other imagery that surrounds it. Wad jet is another name for the Eye of Horus, which also represents an ancient deity. The ubiquity of the eye symbol in tombs and artifacts demonstrates her status as Egypt’s patron goddess and guardian.

How Does The Gods Gender Relate To The Female Egyptian Eye Tattoo?

As a feminine counterpart to Ra’s male creative power, the eye is part of a larger Egyptian inclination to represent creation and renewal via the metaphor of sexual reproduction. Ra creates his daughter, the Eye, who designs him, her son, in a never-ending cycle of regeneration.

The Eye of Horus sign refers to the position of the Third Eye, which is represented by the sixth chakra. The sixth chakra is the seat of intuition and clairvoyance (the capacity to “see” things that are normally hidden).

The Eye of Horus, a thousand-year-old amulet utilized since antiquity, has been able to traverse the years to come and protect us. Wear it as a gem to enjoy its health benefits. When displayed in a home, it will keep its integrity. Remember that the left eye represents the Eye of Horus, while the right is the Eye of Ra. It is a strongly protective emblem.

If you’re particularly interested in the meaning of the Eye of Horus vs the Eye of Ra, be sure to investigate our detailed article.

What Else Does The Egyptian Eye Tattoo Symbolize?

If you are getting this eye tattoo, you should be aware of the history of the Eye of Horus. The Eye that was gouged out of Horus was subsequently repaired with magical energies that were then kept inside the rebuilt eyeball, as you may recall from the narrative. Instead of using this miraculous Eye for himself, Horus sacrificed the magic within it to resurrect his father, Osiris. As a result, the Eye represents bravery, sacrifice, love, and the ability to heal. These are strong words backed up by a strong act of energy and courage, and what better way to convey it than with the Eye of Horus?

Is There More To The Egyptian All-Seeing Eye Tattoo Meaning?

The Eye of Providence (or the All-Seeing Eye of God) is a symbol depicting an eye, sometimes contained in a triangle and surrounded by rays of light or splendor, supposed to symbolize divine providence and the Sun, through which God’s eye watches over mankind.

Egyptian All Seeing Eye Tattoo Pictures are the current tattoo fad. The current trend in image designs on the internet has increased the demand for this type of tattoo. An Egyptian All Seeing Eye is a one-of-a-kind design with several interpretations. The all-seeing Eye is connected with God or higher forces in most faiths throughout the world, as illustrated in the narrative of Moses.

When it comes to the significance of the all-seeing Egyptian eye tattoo meaning, there are many diverse interpretations of this age-old symbol. Like most tattoos, it has no underlying significance. Instead, the Eye of Providence tattoo has a broad range of meanings, letting people who connect with the symbol decide for themselves what it means to them.

The most frequently known interpretation of the all-seeing eye tattoo is that it signifies the omnipresent eye of god looking over humans.

Another frequent interpretation is that it represents a friendly heavenly direction, as the term “providence” implies “guide.” The light source seen behind the all-seeing eye is thought to represent illumination or knowledge.

Whether you are planning a voyage or viewing life as a journey, the Eye of Horus or Egyptian eye tattoo can be viewed as a sign of safe ship sailing or healing and completeness. An Eye of Horus tattoo can convey the spirit of the God Horus’ protection and magic, as well as the God Thoth’s magic and healing.

This sign symbolizes both protective and all-seeing, reminding you that you are safe and that healing entails uniting the different parts to form completeness.

This concludes our discussion of the Female Egyptian Eye Tattoo Meaning, which also includes the All Seeing Eye tattoo meaning. If you enjoyed it, you’ll probably like our extensive post about the Eye of Ra, its spiritual meaning, origin, and tattoo ideas.