Whether it is about the inner world of a person or his/her relations with the outside world, peace is an important concept in Buddhist faith.

We have already established above that some of the eight auspicious symbols of Buddhism represent peace in our article here. Now, let’s move on to the other Buddhist peace symbols.

One of the Buddhist peace symbols, and probably the most surprising one at that, is the swastika.

The swastika is an ancient Buddhist symbol that is used interchangeably with the Dharma Wheel. The term ‘swastika’ originates from the word ‘devanagari,’ meaning auspicious or instrumental in one’s well-being.

The symbol is one often drawn on representations of the Buddha’s feet which also includes symbols personifying all his teachings.

It is used to distinguish Buddha’s birth and is present at the beginning of all Buddhist teachings, Buddhist temples, and maps.

Nazis later adopted the symbol, and thus, it has come to represent destruction in the modern world. But in Buddhism, the swastika represents eternity, longevity, peace, abundance, and well-being.

The lotus flower is perhaps the most well-known symbol of peace. It is shown having eight petals, signifying the eight-fold path taught by Buddha.

As mentioned earlier, different colored lotus flowers represent varying meanings. It is the pink lotus flower that represents peace in the state of being.

The flower emerges from the mud, which personifies evil, worldly distractions, turmoil, and more, to rise above it all and float on the surface of the water peacefully, in calm and in a storm. Thus, the lotus flower represents inner peace or peace in the state of being.

The next item in our list of Buddhist peace symbols is the om. Though it is common knowledge that Buddha discouraged using mantras and chants, the actual practice is quite different now.

One of the most widely used chants, especially in India, is the Mani Mantra or the Om Mani Padme Hum. 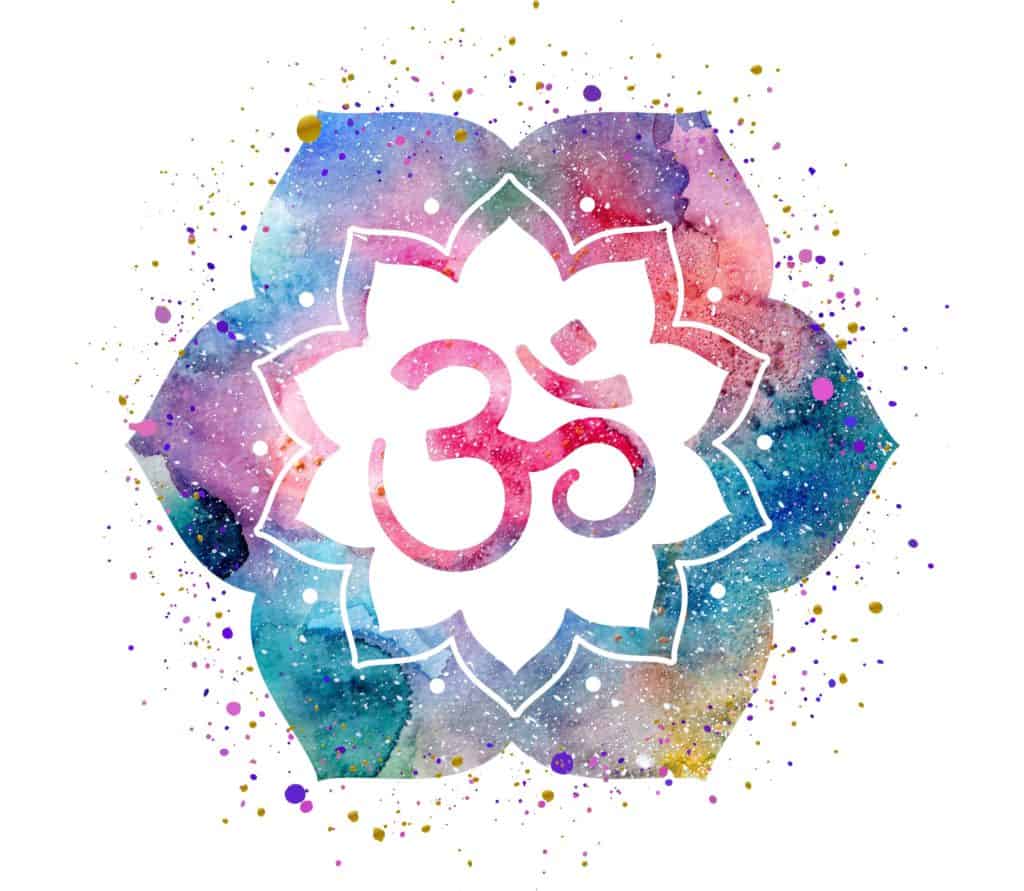 When chanted silently or loudly during meditation, the mantra invokes compassion, clears the mind, bringing inner peace to the chanter. Thus, the symbol Om represents inner peace and is commonly used for tattoos all around the world.

A Buddha depiction in a meditating position with his eyes closed fully or halfway represents peace and calm.

Buddhists take up the pose when trying to induce inner peace within their hearts and minds. The silhouette of the pose is similar to that of a triangle. Thus, many also create a triangle and consider it a symbol of stability and peace.