Butterflies are frequently connected with the transition. The black butterfly, on the other hand, has various intriguing interpretations. These include death, strength, and power.

The black butterfly is frequently seen as an undesirable and unwelcome sight to behold, but under its wings mat also lie many hidden messages of knowledge, hope, and optimism. In this article, we’ll look at the black butterfly meaning, its authentic symbolism, and what it means to see one in your dreams and real life.

The black butterfly is elusive; it is uncommon and mysterious. It conveys the lovely and potent energy of life-altering transformation, originality, and uniqueness. It represents rebirth, reconstruction, and, most significantly, the ‘death’ of everything unlucky. It denotes mental, physical, and spiritual freedom.

Don’t be alarmed if a black butterfly crosses your path or appears in your dreams. You could be about to start on a much-needed journey of personal development and enlightenment. Furthermore, the black members of the Lepidoptera order are frequently associated with laughter, lightness, and love.

Black butterflies are not as prevalent as other hues of butterflies. Their metaphorical significance can be both good and negative. Many people think that if the first butterfly of the season is black, thunderstorms will follow or the season will be wetter. Depending on one’s beliefs, black butterflies can have a variety of personal connotations. 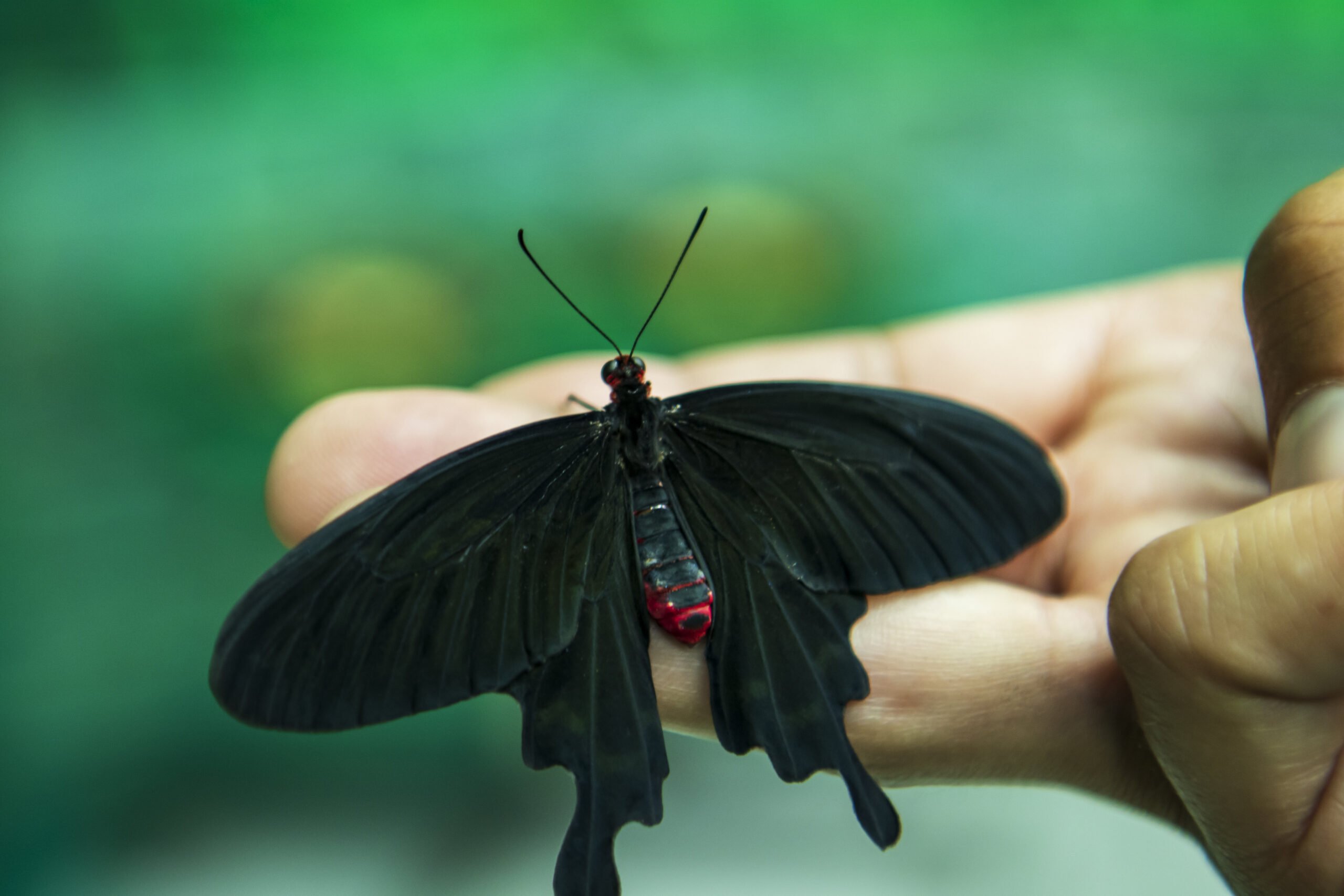 The black butterfly can also represent the death of something rather than a person, such as the loss of a relationship, career, or even an idea or project.

Black butterflies are regarded as a symbol of death in many regions of the world, including Central America, the Philippines, and China. Black butterflies (and moths) observed indoors are typically interpreted as a sign that someone in the home will die soon, or that someone in the house has just died or been ill. According to Irish and Celtic tales, black butterflies are the souls of departed individuals who are unable or unable to go on to the hereafter; they may return to where they formerly resided or a spot they enjoyed visiting while they were alive.

The Symbolism Of A Black Butterfly

“Butterflies show us how to delve within ourselves to dissolve old forms and morph, rebuilding and growing ourselves,” she adds, adding that they teach us the value of surrender and trust “as part of the vital process of growth and rejuvenation,” according to author Erika Buenaflor.

Seeing one indicates that positive change is taking place and that valiant forces are looking over you and guaranteeing smooth transitions. She adds that the butterfly inspires you to glide confidently through your metamorphosis.

The black butterfly is said to represent bad news, sickness, or starvation by Native American cultures. However, if you saw a black butterfly beside a white butterfly, the negative message would be canceled out.

Different tribes had different meanings. The Blackfoot believed that butterflies ushered in dreams. So much so that they would add embroidery of a butterfly on the clothing and cribs of newborn children so they may have wonderful dreams and sleep well.

Butterfly Mythology Of The Aztecs

Itzpapalotl, the great Aztec Goddess, is also said to be related to the black butterfly, notably the Obsidian Clawed Butterfly. An interesting Aztec tradition tells how Itzpapalotl saved a lovely butterfly from death during a volcanic explosion. The butterfly was given a deeper, midnight-black look by the goddess, and its wings were adorned with gleaming razor-sharp blades.

Butterfly Symbolism In The Christian Faith

While butterflies are not referenced in the Bible, there is an obvious parallel between the change of a butterfly and Jesus Christ’s death and rebirth. Jesus was deposited in a tomb after his crucifixion and reborn three days later, much as a butterfly enters its chrysalis to be reborn. Furthermore, Christians believe that individuals who follow Jesus can be reborn, changed, and set free from sin.

Quick Look At The Common Types of Butterflies

A black swallowtail (Papilio polyxenes) is a dark-colored New World swallowtail often with yellow markings on the wing margins and a black spot centered inside a larger orange spot on the hind wing’s inner edge. Other colors are often observed in the spot.

The swallowtail butterfly refers to a group of butterfly species in the Papilionidae family. Except for Antarctica, all continents are home to around 550 distinct species of swallowtail. These lovely, bright, and amazingly hardy insects have been spotted in even the frigid northern parts of Siberia and the high Himalayan highlands. The birdwing butterfly is the biggest known assemblage of butterflies in the world. Swallowtails are distinguished by their huge, brilliantly colored wings.

Our research shows no specific meaning or symbolism attributed to the swallowtail variety of black butterfly. Or at least none that has reached the level of common cultural consensus beyond that recorded for black butterfly meaning more broadly as outlined previously in this article.

However, you may be interested in our article on the Blue and Black Monarch Butterfly symbolism. 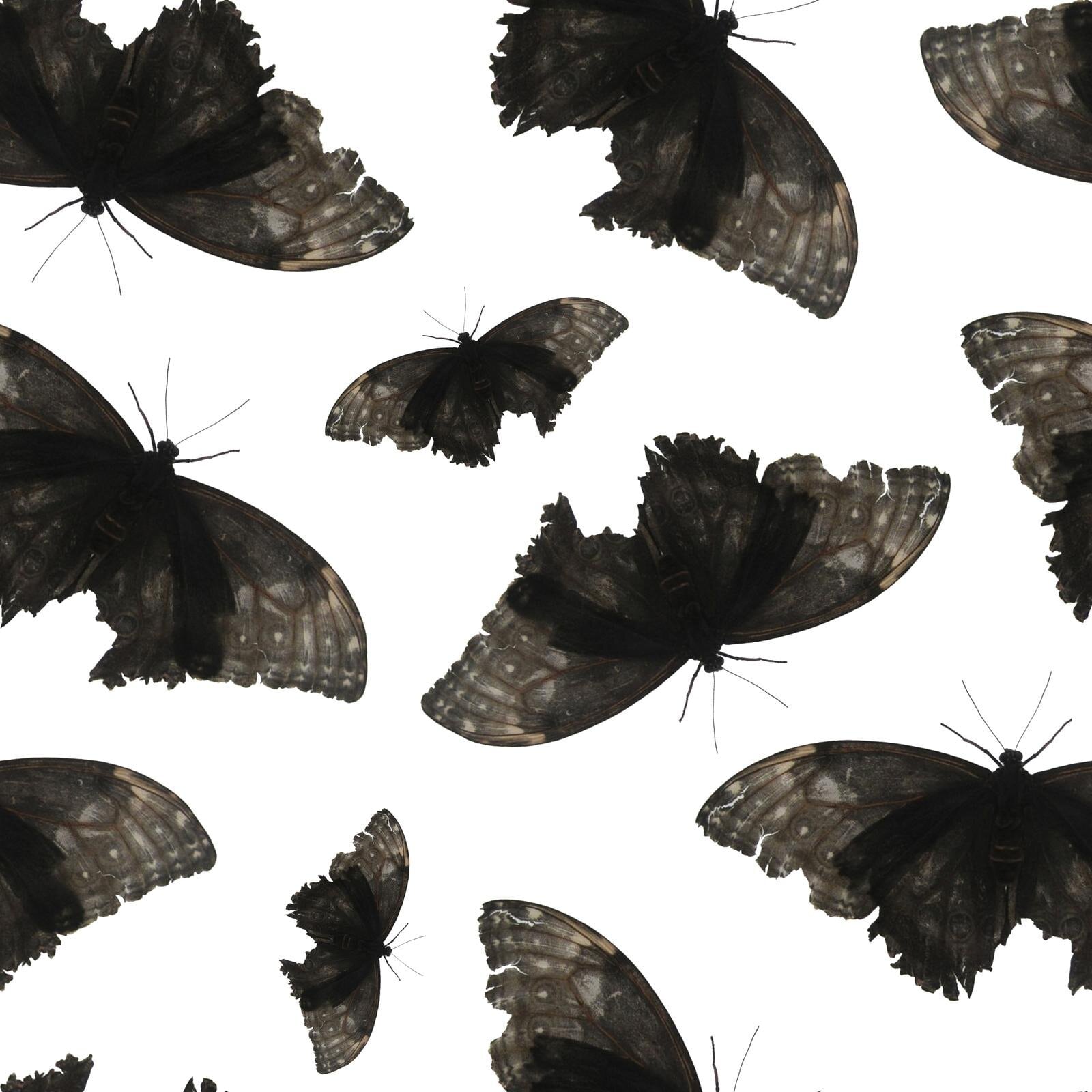