Not many civilizations were as mathematically advanced as the Aztec people of Central Mexico. The Aztec capital city, Tenochtitlan, was built on a swamp in the middle of Lake Texcoco.

The Aztecs had a rather complicated number system that not only helped them do taxes but also kept track of the number of days, months, and years. 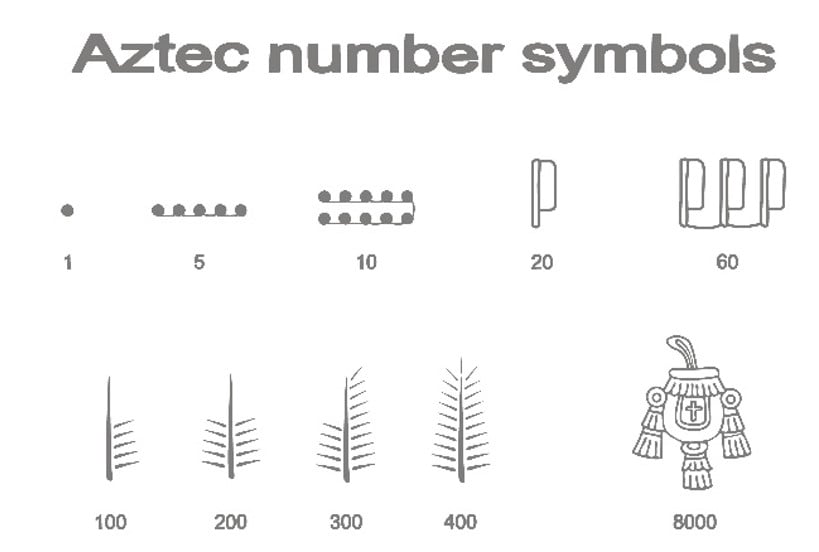 Unlike most civilizations, the Aztecs didn’t use number symbols; instead, they used dots and pictures representing numbers.

The Aztec empire lasted from the 14th century through the 16th until Hernán Cortés showed up in Central America and had a vigesimal number system (a base 20 system).

Twenty was a significant number in the Aztec culture and the Aztec calendar, comprising 20 days in a month and 13 months in a year. As such, most Aztec computations were counted up by 20. The notation used in this number system is dots and glyphs.

For example, if you were to write the number 105 in the Aztec number system, you would draw five flags or banner symbols followed by five dots.

What’s odd about the Aztec number system is that there was no symbol for the number zero. Additionally, there were some peculiarities. For example, an incense bag or pouch was used to symbolize 8,000.

However, if you came across Aztec writing or drawings and saw a person holding an incense bag amongst other paraphernalia, such as a bunch of canes, it was most likely depicting someone paying tribute to the Aztecs. If you came across the incense bag on its own, it symbolized the number 8,000.

As with our numbering systems, things get a bit more complicated once you move beyond just the 1s and 2s. The Aztecs used hearts, arrows, and hand symbols to represent fractional distances whenever they calculated land areas.

For a long time, researchers couldn’t make heads or tails of Aztec agricultural manuscripts until they factored in pictorial glyphs, thanks to the Codex Vergara, an Aztec cadastral document that is believed to have been drawn up around 1539 by the conquistadors.

This document was drawn up to facilitate tax collection for the King of Spain and documented the native landholdings of various Aztec villages. The location and sizes of these villages were represented in the document.

The Calculation for Land Distances

For a period of time, researchers tried to reproduce and figure out the area calculations as represented in the Codex Vergara but initially ran into trouble. The breakthrough came when they realized that the calculations’ heart, arrow, and hand drawings represented ground distances. 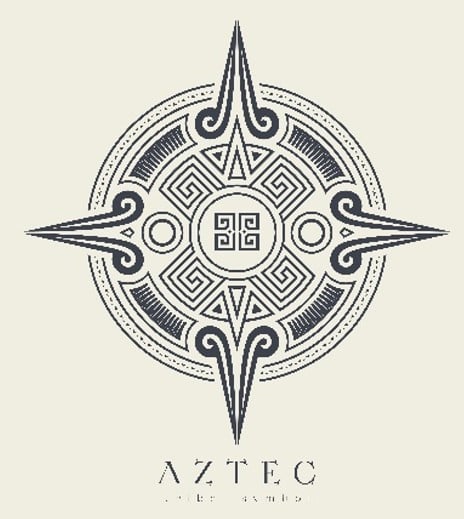 The discovery was that each symbol stood for a specific land distance, less than what we use as a standard distance. This distance was called a land rod. The symbols, therefore, were similar to modern-day fractions.

In their discovery, the researchers discovered that each of these symbols represented individual units. In context, we have inches, which comprise part of a foot (or centimeters as one hundred parts in a meter for the metric system) . In Aztec writing or math, the symbol representing an inch would be a unit in its own right instead of being part of the foot. One representing foot would also be a unit in its own right, and so on.

And then things got interesting after that part. For many cultures in ancient Mexico, it was common to denote the number five using a bar. However, in Aztec culture, they preferred to use dots. As such, you had numbers 1 through 20 all represented by dots.

In some cases, it’s believed that the 400 (20 X 20) symbol was actually a hair or fir tree. Either way you look at it, the idea is the same. As numerous as a hair on someone’s head or the branches (barbs) of a feather. The classical Náhuatl word for 400 was tzontli, which meant hair.

20 x 400 would give you 8,000; the classical Náhuatl word for that number was xiquipilli. One of the main reasons it was symbolized by an incense bag or a pouch is because the number of cocoa beans in a sack was often uncountable.

The symbol for 8,000, therefore, was a lot like saying a sack load of something, which makes sense given that the Aztecs frequently paid their tribute in terms of volume or count rather than weight.

To reach higher numbers, Aztec surveyors or mathematicians would combine root words or multiplier words like the number 20 with different word endings, allowing them to go as high as 64,000,000.

As complicated as it might seem, the Aztecs probably found this numbering system simpler and more efficient. Judging from what they were able to build and accomplish in that time, it can be concluded that they might have been onto something.