In today’s post we continue our deep dive on the Elder Futhark Runes with the Algiz Rune, which represents protection and defense. Historical rumor suggests it was (or is still) a rune of tremendous protective attributes. The name of this rune, Algiz, comes from the elk, whose horns mirror the Algiz rune’s form (älg in contemporary Swedish).

Elhaz represents the elk or the elk sedge plant’s serrated edges, both of which connect to its defensive properties. As Algiz, it alludes to the strong and attractive Valkyrie who picks the bravest and best among the dead to bring to a position of honor at Odin’s feast.

The Algiz Rune Meaning In A Snapshot?

Now let’s take a deeper dive as there is a great deal of nuance in interpretation and some of it is still debated amongst the experts. Some may always remain a mystery except to those whom lived in the era.

It is a rune that Heimdall, the one who monitors everything, reveres. Algiz is regarded as a rune that represents safety, shelter and protecting our loved ones and interests when it is on its upright side. This rune denotes potential life temptations, enticements, or appetites. This Algiz rune, which also goes by the names of sedge, rushes, and elk, is connected to a fresh start in life.

Algiz also advises keeping one’s feelings or emotions under check. On the other hand, this rune counsels everyone to attempt and get over life’s hardships because doing so will make life go along more easily and in a beneficial way.

Contents show
1. The Algiz Rune’s Meaning and Symbolism
1.1. Algiz As An Emblem Representing Safety
1.2. Is The Algiz Rune For Spiritual Awareness and Connection?
1.3. Invocation Of An Angel Of Chance and Vitality With Algiz
2. Other Representations Of The Algiz Rune Symbol

The Algiz Rune’s Meaning and Symbolism

Only seen in runic inscriptions, the Algiz rune is also known as the Germanic Elhaz, the Old English Eolh, and the Old Norse war. A spread hand, a swan in flight, an elk’s antlers, or even tree branches are thought to have inspired the symbol’s ideographic portrayal. Let elaborate on its varied definitions and implications: 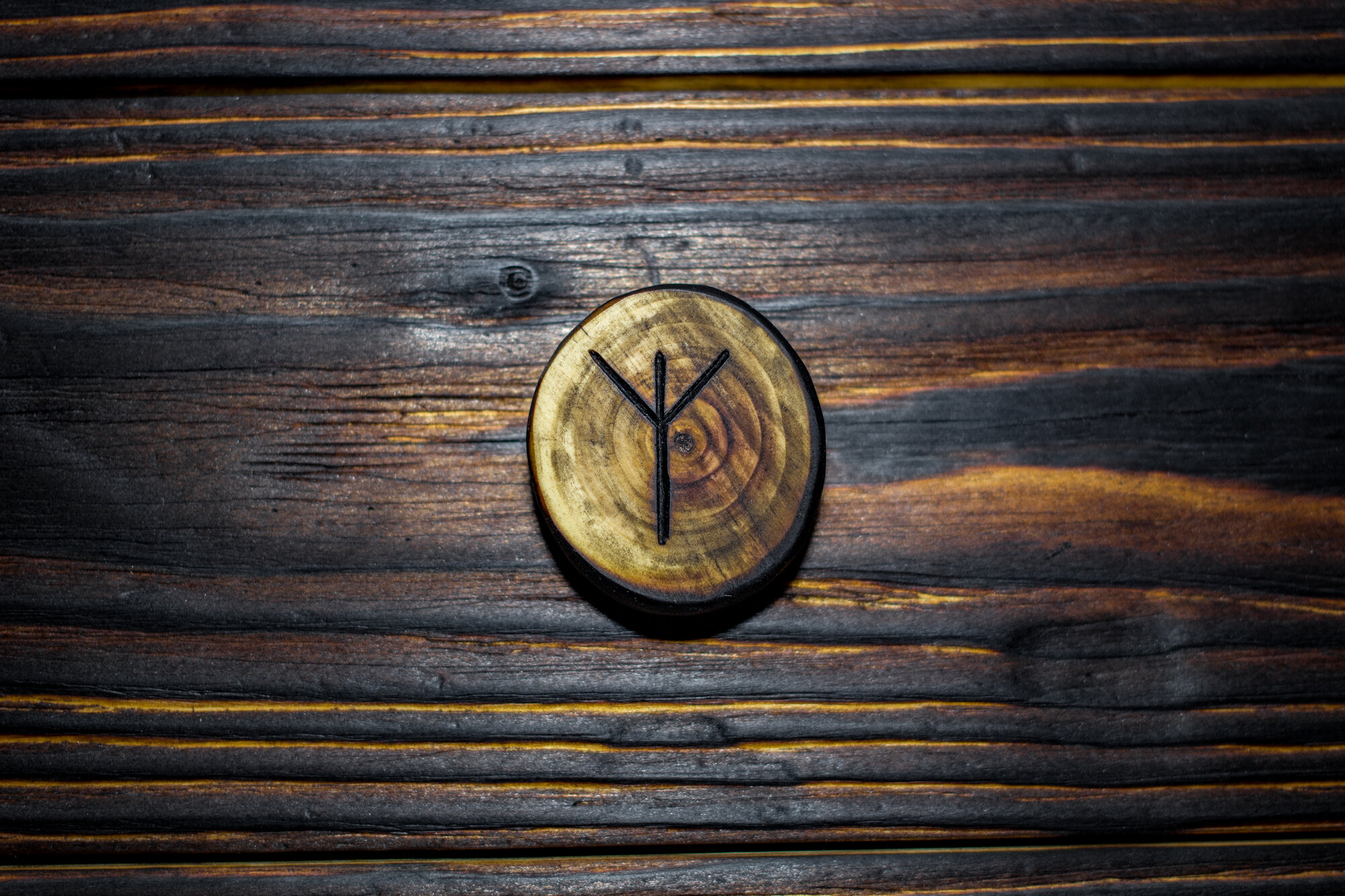 Algiz As An Emblem Representing Safety

The Algiz rune is often regarded as the strongest rune of defense in Elder Futhark. The Proto-Germanic word Algiz, which signifies protection, was used to give the rune its name. Additionally, the fundamental defensive gesture of a spread hand may have been used to inspire its ideographic portrayal.

Elk sedge, also known as extended sedge, is a type of water plant that the Algiz rune similarly resembles. Elk is what the Germanic word Elhaz means. Elk-sedge is associated with defense and protection in Old English rune poetry because it grows in marshy areas and thrives in water, but it also injures anybody who attempts to grip it.

Sedge grows in the fen,

Of anyone who touches it.

Is The Algiz Rune For Spiritual Awareness and Connection?

As the Germanic peoples interacted with their gods through the holy position of the rune, or stodhur, the Algiz rune symbolizes the mystical relationship between gods and mankind. The rune is also linked to the Bifrost, the three-colored bridge that connects Asgard, Midgard, and Hel in Norse mythology and is guarded by Heimdallr.

The Algiz rune is a tool used in magic to communicate with other realms, particularly Asgard, the home of the Aesir, also known as the Norse gods, who include Odin, Thor, Frigg, and Baldr.

Invocation Of An Angel Of Chance and Vitality With Algiz

The Algiz rune, which is sometimes thought to be a representation of the Hamingja, a Norse guardian angel who chooses a person’s fortunes, can also be connected to luck and life energy in specific settings.

Other Representations Of The Algiz Rune Symbol

The Algiz Rune symbol connects a person to a higher life and the gods by acting as a shield or protector. It is a match for the letter Z. It offers a strong defense against potential problems and challenges presented in one’s life. This defensive rune also often foreshadows future negative outcomes.

According to some scholars, it is also a rune symbolizing friendship with patrons, powerful individuals who can improve your life and provide you support in overcoming difficulties. When you seek to shield yourself from outside negativity and improve your intuition and foresight to see issues before they arise, an Algiz rune necklace can be recommended. Adorned as an amulet, it also represents inspiration and spirituality.

There are a tonne of options available when looking for a rune for protection! It may first appear unusual that there are so many symbols, rituals, and talismans aimed to protect Vikings and other Nordic Rune Algiz warriors since they come from a warrior culture that values an honorable death in combat above all else.

It seems reasonable that there are some very particular charms and runes to keep you well between conflicts, and even in combat, to guarantee you stay long enough to go down in a blaze of glory, though, given all the other dangers in life, such as hunger, the elements, and becoming lost at sea.

Algiz Protection runes are so essential that they even played a significant role in the ancient Norse people’s daily written language.

Is your curiosity peaked on this ancient Nordic Rune and you’d like to explore other runes and their meanings? Be sure to jump over to our detailed post on the Elder Futhark Runes.

Over the years, the Algiz rune has acquired a variety of connections. It is still seen as a rune of protection in Nordic culture and symbolizes the relationship between the gods and humans on a spiritual level. Unfortunately, as some of you may know, it was also linked to the Nazi regime’s racial philosophy through blatant misappropriation. Thankfully, with passing time it has lost part of this bad connotation because it continues to be important in spirituality and neo-pagan faiths. .