For more than two thousand years, Hermes Trismegistus, also known as Thoth, was worshipped in Egypt, Greece and even the mythical Atlantis. As a testament to his widely lauded brilliance, “The Master of the Masters” was how the people of the time referred to him.  His legend was so steeped in mystery that for much of this time he was thought to be a real human. Come with us in today’s article as we explore Hermes famous Principles and the 7 Hermetic Symbols. 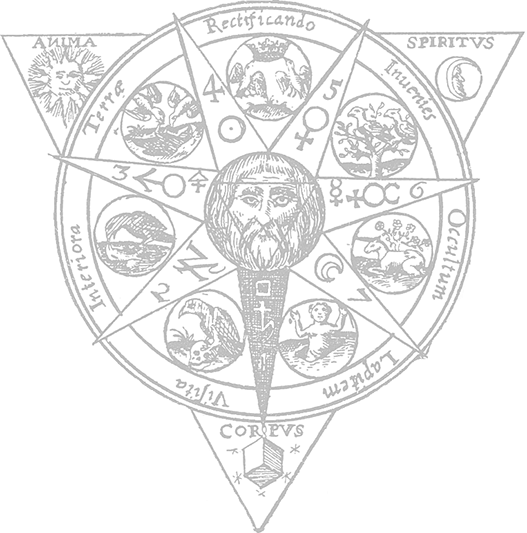 The depth of this hypothetical man and his teachings so astounded the Egyptians that they deified him as Thoth and made him one of their Gods. Later, Greek culture adopted him as one of their own Gods and referred to him as Hermes, the God of Wisdom. He was revered as the Gods’ Messenger.

The attraction of the Hermetic teachings is worldwide; they are present as an influence in all nations and all religions. For example, The Kybalion first published in 1908 by The Yogi Publication Society, and available online for free, is a collection of fundamental hermetic maxims, axioms, and precepts that were originally passed down from teacher to pupil based on the 7 Hermetic Principles. Whilst attributed to Hermes, they are most likely the collated works of many different authors over a wide swathe of time.

At it’s core, this is a self-help philosophy. Truly, it’s got Law of Attraction, The Secret and Napoleon Hill written all over it. Except Hermes / Thoth was the first.

We can apply these rules if we take the effort to comprehend them. We can benefit from them. To fly, we can exert force against gravity. We may live better lives by using the understanding that one day we shall die. This latter principle featured heavily in the popular Philosophy of Stoicism with the axiom, “Memento Mori”, translated as “remember you will die”.

Understanding the basic rules that govern our universe has long been a goal of many. There are 12 rules or principles, according to some, although Hermes Trismegistus asserts there are only seven. Trismegistus’ seven hermetic principles explain the fundamental rules governing our universe.

What do these 7 hermetic symbols and principles mean and how do they represent the fundamental laws of the universe? Let’s explore the essence of these symbols and concepts to reveal how we can all draw strength and empowerment from them. Just like the ancient Egyptians and Greeks at the time did.

Contents show
1. Revealing The 7 Hermetic Symbols And Principles
1.1. The Idea Behind Mentalism
1.2. Observing The Correspondence Principle
1.3. Tuning To The Vibration Principle
1.4. The Polarity Principle
1.5. Swing With The Rhythmic Principle
1.6. The Law of Causation and Effect
1.7. The Gender Principle
2. The Kybalion Meaning

Revealing The 7 Hermetic Symbols And Principles

Hermeticism is the school of spirituality formed around these 7 principles. The Hermetic school’s nascent teachings were found by historians to date back to the first century A.D. Legend has it that they were authored by the eminent author Hermes Trismegistus, who is credited with penning the Corpus Hermeticum and the Emerald Tablet. We now know, of course, that the writing was very likely completed by multiple authors and attributed to the one man (God), Hermes, to give the teachings authority and notoriety.

The 7 hermetic principles and symbols were gradually transmitted orally from teacher to pupil, and finally, in the early 20th century, “The Three Initiates” collected their teachings into a book called The Kybalion. They continue to be an effective yet unrelated to any true religious esoteric source of knowledge today.

The Principles of Truth are Seven; he who knows these,
understandingly, possesses the Magic Key before whose
touch all the Doors of the Temple fly open.

Now, it should be noted that there were no actual pictorial symbols in any of the original texts (which weren’t actual originals from Greek or Egyptian times anyway). So any images you see attributed to the 7 Hermetic Symbols are artistic impressions created many hundreds of years later.

The Idea Behind Mentalism

According to the mentalism principle, the cosmos is similar to a mental projection. The concept of utilizing your thoughts to influence reality is similar to manifestation 101. Anything that is must first be thought of. Napoleon Hill anyone? No? How about The Secret? They both pretty much plagiarized directly from this principle. 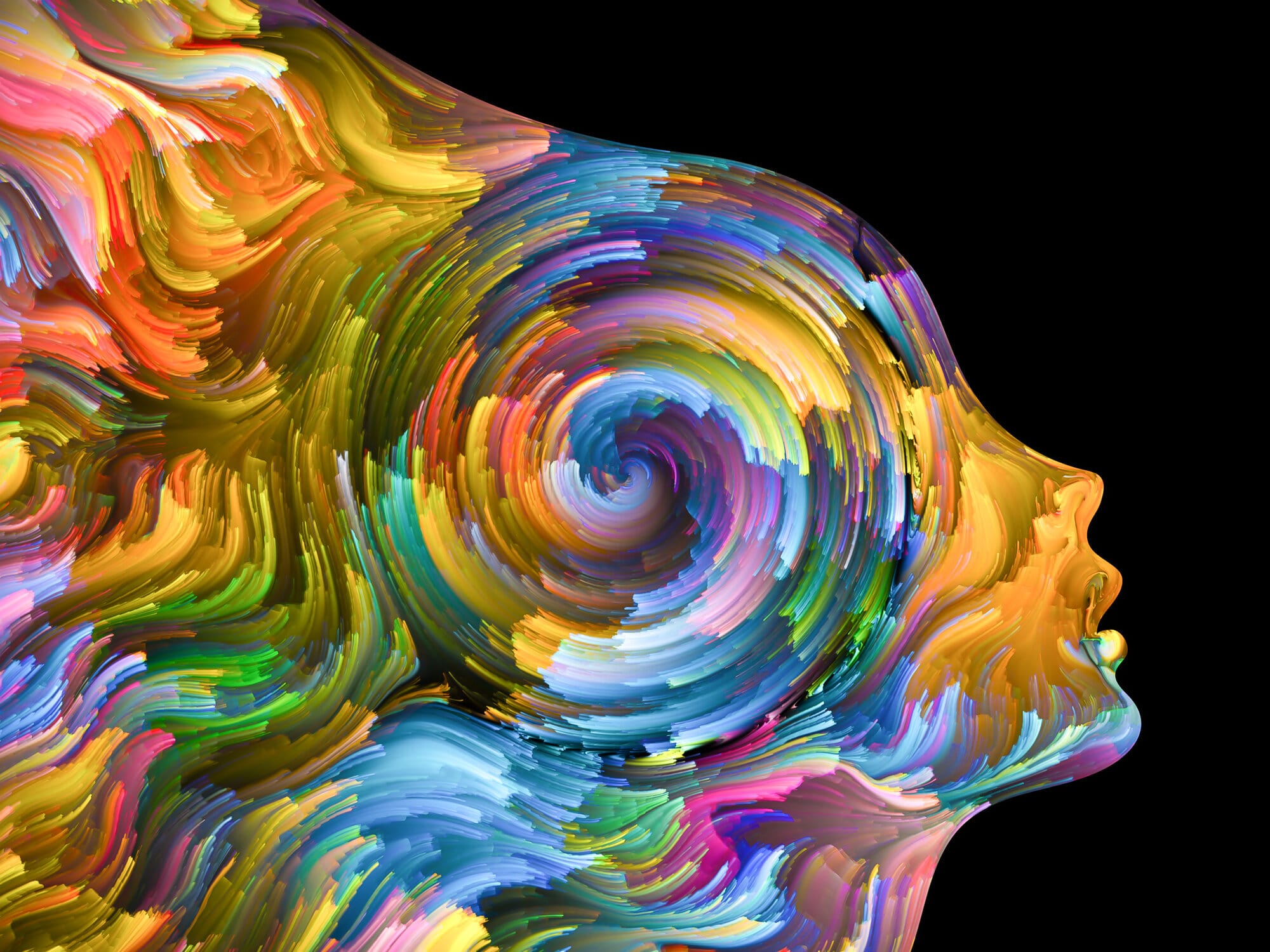 According to this theory, the cosmos is a manifestation of God’s mind, and God is thinking consciousness or consciousness. By following this law, we may use the power of our thoughts to design the life we want. In essence, magical thinking.

This rule states that the ideas and perceptions we have in our conscious and subconscious minds will reflect themselves in our external circumstances. Our external environment reflects our internal environment. We won’t have any money if we think of ourselves as being poor. A lack of health will emerge in our actual bodies if we carry those ideas and pictures around. 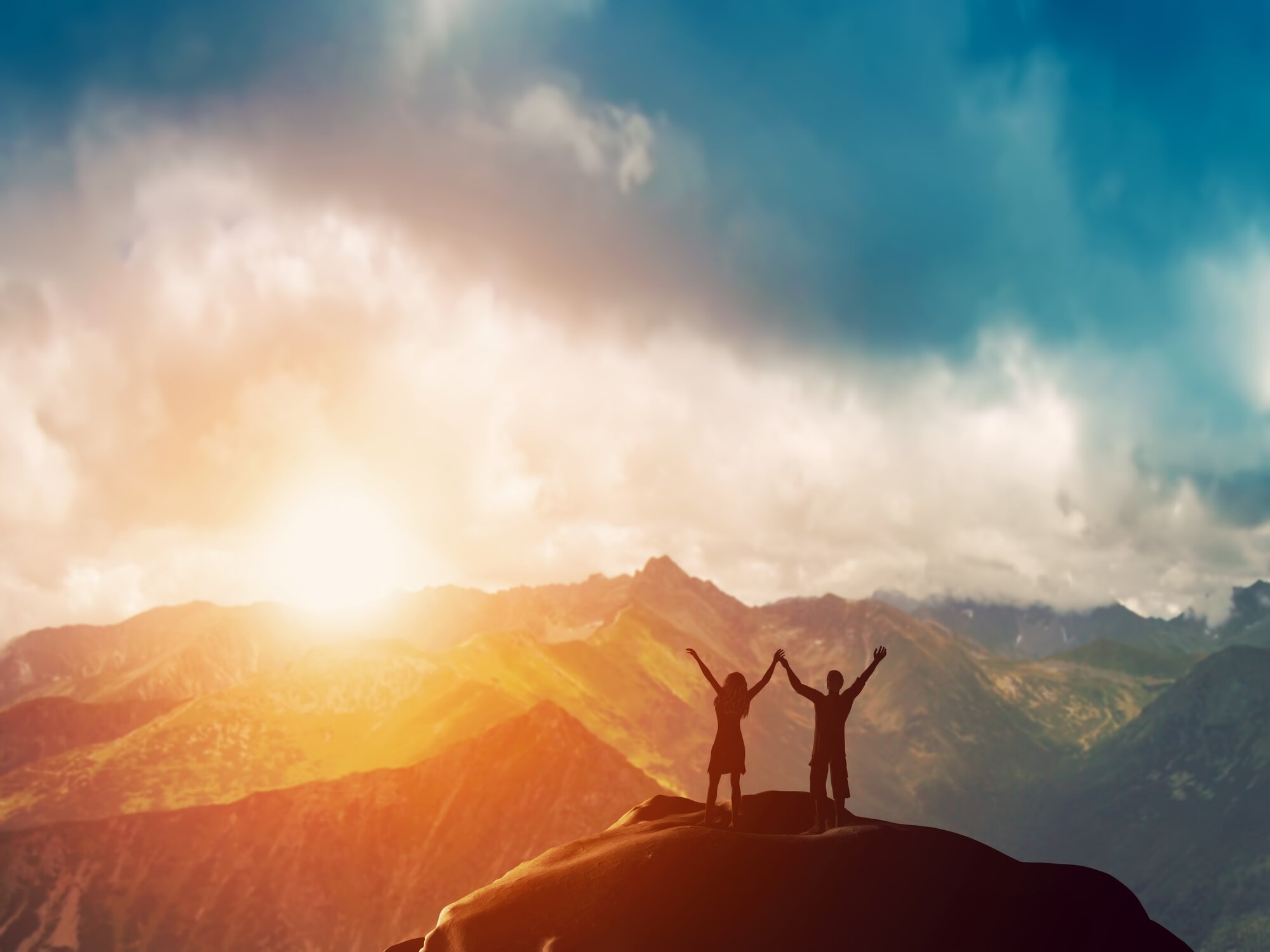 Does this remind you of any modern day instagram wellness influencers? It should because it is exactly the same playbook of “mind over matter” and builds on top of the first principle, Mentalism.

Tuning To The Vibration Principle

Unbelievably, the concept of “vibes”, most popularized in the West in the 60’s counterculture, has existed for a very long time in the hermetic principles and symbols.

According to the principle of vibration, everything has a certain vibration, including spiritual energy and material stuff. Atoms and the cosmos themselves are both constantly in motion, according to elementary science. So there’s a loose element of reality in this maxim.

Even as they beat, our hearts emit various vibrations based on how we are feeling. Additionally, while we are “vibing high,” we can stay away from low-level frequencies that are unhelpful.

According to the polarity principle, items that appear to be opposite each other are the same to differing degrees. Hot and cold are an easy illustration of this. Cold is simply the absence of heat, and temperature is the same for both. Physical substance and spiritual energy are identical, with the difference that spiritual energy vibrates at a much higher frequency than our senses can detect. The same thing, a relationship toward something, may be experienced in both love and hatred.

Consider the age-old relationship maxim, “Opposites attract”. No comment from this author, I feel too identified by this, haha.

Swing With The Rhythmic Principle

According to the notion of rhythm, everything moves back and forth or swings back and forth like a pendulum. Within a polarity, there occurs unceasing movement between opposed poles. Both an advance and a retreat are present. both an ascent and a descent. We inhale and exhale air. Our planet’s oceans experience constant tides thanks to the moon’s gravitational influence.

The Law of Causation and Effect

According to this very well established idea, everything in the universe is subject to laws, and everything occurs for a purpose. Chance is a non-existent concept. Determinism taken to it’s extreme!

The fact that the higher planes rule the lower planes can sometimes make the events in our life seem mysterious to us since we are constrained by our human vision and are unable to fully comprehend everything that is going on.

According to the seventh principle, everything possesses both masculine and feminine traits. Yes, the two sexes may be seen as a physical representation of this idea, but as we’re all learning, we all carry both energies within. Consider your left and right brains. In addition to the physical level, the mental and spiritual planes also include masculine and feminine energy.

How does this one stand up in our modern gender political discussion do you think? This author would love to hear your thoughts and be enlightened.

The Hermetic symbols and teachings were compiled in The Kybalion. These identical teachings are founded on ideas that Hermes Trismegistus first presented. Students can use the Master Key provided by The Kybalion to access the core ideas of esoteric philosophy. The entire Hermetic philosophy is founded on seven fundamental ideas. The explanation of the significant rules that govern all of creation can be found in these seven principles taken collectively.

The Kybalion is is available as a free publication on line, so don’t let anyone try to sell you a copy unless you have money to burn or you want pretty artwork.

THE ALL is MIND: The Universe is Mental – Text at the end of The Kybalion

If this sounds like a guide you want to pursue in your life, like any great lived philosophical tradition, it will take a very long time to properly comprehend and live out these ancient hermetic concepts. Why? They are so deeply ingrained into the fabric of our existence it takes time to truly step back and see them as truths. Every time you revisit them, you can gain a fresh perspective or a greater understanding of them. Much in the same way that Muslims feel about the Koran, Christians with the Bible or Stoics with Aurelius’ Meditations.

That concludes our essay on the 7 Hermetic Principles Symbols, Kybalion meaning. Please see our in-depth article here if you’d want to learn more about occult symbols and their significance. Thanks for reading with us!

Many readers seeking information about The Hermetic Symbols often find they are really more interested in the various symbols of alchemy. If this is you, we kindly direct you to our detailed examination (click image below)