There are many possible interpretations of the Trinity Knot’s three overlapping leaves, but they all revolve around power and dedication. These Celtic or Irish trinity symbols have been used for generations to record important events and make symbolic decisions, and they are recognized as symbols of Celtic art around the world.

The Trinity symbol, which is arguably most recognized for its depiction in the ancient Book of Kells, has also been discovered etched onto stones in several locations around Northern Europe. It is perhaps one of the most well-known Celtic knots and one of the most often-used Celtic symbols for jewelry and tattoos.

In today’s post we compare and contrast the deeper meanings behind the Christian and Irish Trinity symbols. Both are steeped in an intriguing and intertwined religious ancestry.

Review Of The Meaning Of the Trinity Symbol

Depending on the group using it, the Trinity can mean a variety of things. It’s simple to believe that the Holy Trinity is the central theme of the Celtic Trinity Knot, but that isn’t quite true. So let’s explore further.

This is an old symbol that existed hundreds of years before Christianity. While we cannot know for sure, we can make a pretty good guess as to what it may have meant to the ancient Celts.

The design resembles a three-sided, three-lobed design and can be described as a single strand that wraps into and onto itself. The Latin words “tri-” for three and “quetrus” for corners were combined to create the English word “triquetra.”

Difference Between Christianity Trinity Symbol And The Celtic Triquetra

The holy trinity—the father, son, and holy spirit—is symbolized by the trinity knot, which has great significance for Christians. Christians frequently represent this sign with a circle in the middle of the overlapping arcs to represent the unity of these three ideas. The image frequently appears in Christian literature, art, and architecture.

The Triquetra has a close relationship to the Holy Trinity in Christianity and is also commonly known as a Celtic or Irish Trinity symbol. The emblem first appears in Celtic island art on sacred texts and stones, dating to the early days of Celtic Christianity.

According to some historians, Celts used the Celtic Triquetra symbol before they became Christians, and missionaries used the symbol as a teaching tool. In actuality, a Triquetra turned on its side is the Fish sign, a traditional Christian symbol. 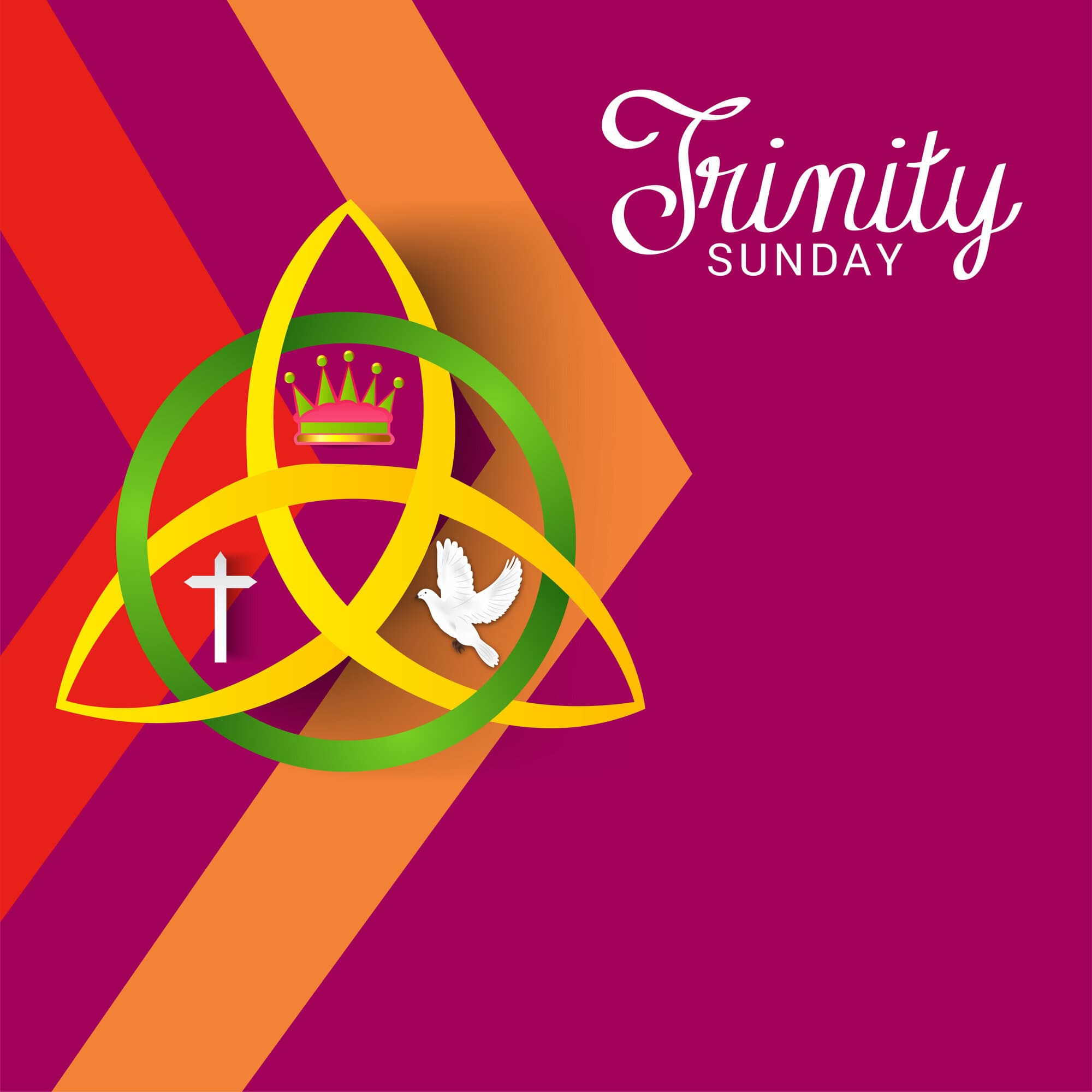 Three is a holy number in ancient Celtic culture and religion because it is thought that important events tend to occur in groups of three. The trinity knot, therefore, stood for everything significant that occurred in multiples of three, such as:

The trinity knot consists of three interconnected ovals or arcs, with a circle in the middle in certain forms. Although it appears complicated, it is said to be the simplest knot.

The Latin word triquetra, which means three-cornered, is also used to refer to the sign. Any picture with three arcs is referred to as a triquetra in archaeological contexts. Its representation is extremely similar to the Gordian knot.

The trinity knot has been discovered all over the world and has importance in various civilizations, despite being frequently connected with Celtic culture:

The trinity knot’s precise origin is up for debate. The trinity symbol has been credited to several different cultures. For instance, Christians assert that monks converted Celts to Christianity by using the trinity knot, while the Celts claimed that they invented the knot. Whatever the case, these claims are refuted by the fact that the trinity knot was used in India centuries before it was used by the Celts and Christians.

More About The Origin Of Trinity Symbol

The trinity symbol sign is ancient, but like many ancient symbols, its precise origins are unknown. The symbol’s age is a contentious subject, although it is widely acknowledged to be at least 5,000 years old. The Triquetra is not just a feature of Celtic civilization; specimens from all across the world, including those from the Iron Age, may be discovered.

The Ardagh Chalice, a remnant from the eighth century, is regarded as one of the greatest examples of Celtic knotwork.

Particularly the Trinity symbol has withstood the test of time. With three intertwined leaf-like structures that create an overall triangular contour, the Trinity Knot has a lovely form. From these comparatively straightforward forms, a trefoil knot that is impossible to unravel appears to be difficult. Some patterns place a circle in the knot’s center.

With representations in numerous prehistoric cultures, the trinity knot has a long and varied history. It is still a well-known symbol today and has deep roots in Irish and Celtic culture. If you want to know more about Celtic Trinity Knot then read our extensive article on Celtic Trinity Knot of Spiritual Symbolism And Tattoo Ideas here. Thanks for reading!