The Aztecs are an ancient civilization that existed in what is now Mexico. This great Mesoamerican culture reigned during the 14th and 16th centuries. The Aztec Empire was mainly made up of three city states. As a society, the Aztecs had a host of different ethnic groups, most of whom were classical Nahuatl language speakers.

Aztec civilization started deteriorating when European explorers and raiders entered American land. However, that invasion did not stop the Aztec culture from persevering. The famous monuments of the Aztec culture remain popular attractions in Central America.

Today, the Aztecs are mostly referred to as the people of Nahua. They are scattered across rural Mexico. The Nahua people are mostly farmers or traders of their crafts, which they use to promote their rich culture.

For the Aztecs, there were many symbols that represented love. In this article, we will examine some of them and their origins. 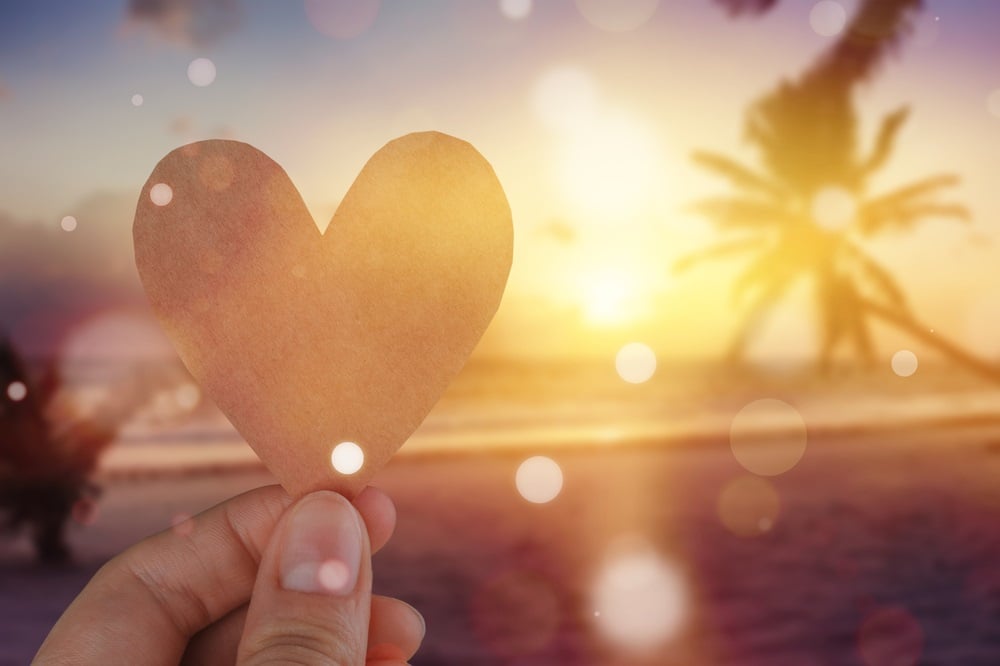 Xochitl means flower. Xochitl is a day in the Aztec calendar associated with the Aztec goddess, Xochiquetzal.

Xochiquetzal was the goddess of love, beauty,  youth and pleasure. She was believed to watch over artists as they went about their work creating Aztec art.

In ancient Aztec society, Xochitl was a day that the Aztec people set aside to create art that spoke the truth in their hearts. It is a day for reflection and remembering that life is short. One should not repress desire during Xochitl.

The Aztec Empire reigned supreme in Central America until 1519, when the Spanish conquistadors, led by Hernan Cortes, arrived on their shores.

The conquistadors waged war against the Aztec emperor Cuauhtemoc. Upon victory, the Spaniards established Mexico City on the remains of what used to be the Aztec city of Tenochtitlan.

Most of what we know of the ancient Aztec culture comes from the contemporary writing of Spanish scribes.

The Aztecs had two calendars. The main Aztec calendar had 260 days, which was utilized to organize religious rituals, while the other had 365 days and was used to keep track of the seasons for agricultural purposes.

The Potiza was a significant part of love in the Aztec culture. It was shaped like a container and was used for water storage or as a fermentation device. The Guayiga juice was stored and fermented in the Potiza. Men gifted the juice to women to show their love for them.

The symbol of eternal love normally consists of two birds connected by their beaks. The Taino in Central America considered eternal love to be very important. They had no concept of private property; anything grown or killed belonged to the entire tribe.

The eternal lovers are a representation of the tribe’s equality and fertility. The Taino Indians were an ancient civilization that hailed from Puerto Rico. They left behind narratives and tales using these symbols.

The Maquech beetle is used as a symbol of eternal love. Traditionally, the Maya people believe that a princess’s murdered lover was changed into a beetle so that she would always wear him close to her heart. The symbol of a beetle has remained a constant reminder of true and everlasting love. 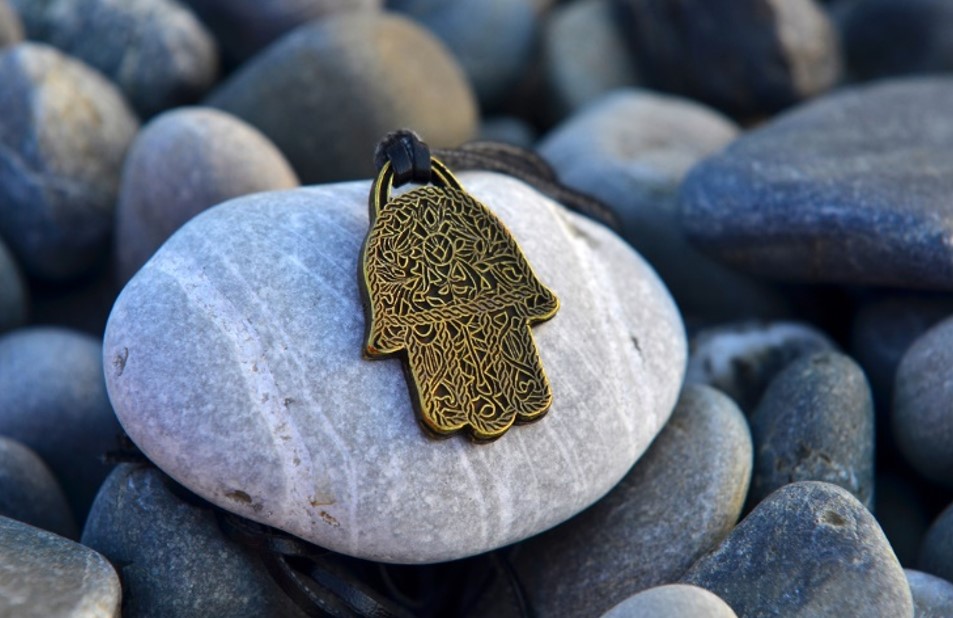 Apart from the symbols, Aztec culture is quite popular and fascinating. The Aztec people managed to leave behind beautiful artifacts that illustrate their culture, beliefs, and traditions. The Aztec art of tattooing is one element of Aztec culture that has remained relevant.

The Aztec tattoos were once used to honor the gods, but they are now used as a reminder of the culture from which they came. These Aztec tattoos also have different meanings for those who wear them.

Aztec tattoos come in various designs. They mostly depicted Aztec gods, animals, and unique artwork, all of which were important to the Aztec culture. They are mostly done by men since they are masculine designs. Many of these designs include:

Origin of the Aztec Tattoo

Aztec tattoos were initially worn by the ancient Aztec people who lived in Mexico and Central America. They were applied to honor specific gods as part of a ritual. In some cases, specific tattoos would be used as an art form that displays a warrior’s prominence on the battlefield and differentiates between the many tribes.

Today, however, Aztec tattoos are mostly worn by people who admire this ancient Mesoamerican culture as a way to pay tribute to this ancient lost culture or simply because they like the artwork.

The Meaning Behind Aztec Tattoos

Aztec tattoos had significant meaning to the wearer and where on the body it was worn and were also meant to send a specific message to all who looked upon the tattoo. Here are some Aztec tattoos and their various meanings.

Eagle tattoos are used as a representation of inner strength, power, and bravery. These eagle tattoos were typically worn by Aztec warriors, who were believed to get their strength from these birds.

In some cases, the eagle is portrayed as a warrior’s helm; in other times, it’s shown with a snake in its mouth, which acknowledges modern Mexican culture.

The Aztec god of war and the sun was known as Huitzilopochtli. The sun god tattoo was often used to represent the wearer’s belief in the afterlife. That’s mostly because the Aztecs believed that the setting and rising of the sun was proof enough that there was life after death.

The sun god is normally depicted as a brave warrior capable of wielding a serpent or a hummingbird.

The Aztec tattoo illustrating a crocodile does not represent a real crocodile. It is supposed to be a creature that looks like a serpent. In Aztec culture, this serpent’s body was utilized in creating the earth, according to Aztec mythology.

Quetzalcoatl is an Aztec god that assumed the image of a huge feathered serpent. It is believed to be the most powerful god in Aztec heritage.

Quetzalcoatl is also considered a god of several things, such as dawn, fertility, learning, and art. This deity’s tattoos represent knowledge, creativity, and strength.

This is a tattoo design that’s popular with most men. In ancient Aztec culture, the tattoo depicting a warrior was used as a representation of a belief in the afterlife. It also represents prowess, competition, and a healthy appreciation for this ancient Mesoamerican culture.

Warriors are usually illustrated wearing helms resembling eagles and jaguars, two of the most important animals to Aztec society.

They have also been depicted holding shields and wielding various traditional Aztec weapons such as spears, bows, and wooden swords, typically called Macuahatl in classical Nahuatl.

The calendar design is tattooed realistically with black and white ink. It is detailed and covers a big area of the body.

The god of warriors, also known as Tezcatlipoca, is often represented as a jaguar or an Aztec warrior carrying a quiver full of arrows on his back. This powerful deity is considered the most revered of the Aztec gods and the god of night. Tattoos of the god of warriors represent prowess and strength.

Aztec tattoos are mostly done in black and white. The tattoos are usually intricate and quite detailed; therefore, colorless tattoos allow such details to come to the forefront of the design. However, colored tattoos of gods and motifs also exist.

The most preferred color choices when getting an Aztec tattoo are yellow, green and red. They use vibrant pigments rather than dull ones. Colored Aztec tattoos are usually less realistic compared to colorless tattoos.

Generally, complex tattoos such as the Aztec calendar have realistic styles and are usually carried out in black and white. On the other hand, styled depictions of animals and warriors are normally done in bright colors. 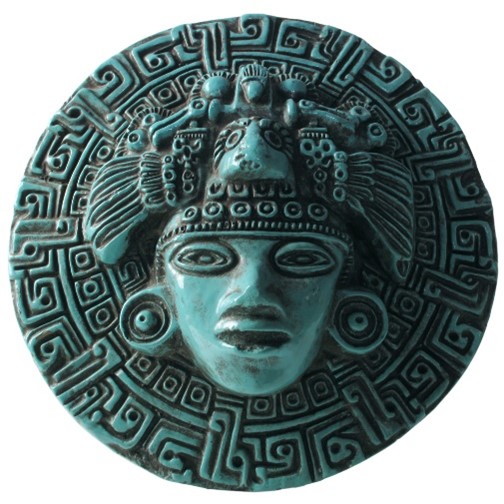 As a people with a vibrant culture, it makes sense that the Aztecs would have different styles for their tattoos. Here are some of the most popular options.

Tribal tattoos can be identified by their patterns, bold black lines and illustrations of different warriors or animals that often have a definite meaning. It is why tribal tattoo styles were mostly used in Aztec tattoos. Tribal style can suit the Aztec calendar well.

These tattoos are a fascinating spin on the Aztec style. They illustrate the gods and animals as lifelike pieces of art instead of the usually stylized warriors drawn in the style of the Aztecs.

Realistic tattoos may also represent images such as the Mesoamerican pyramids and the Aztec calendar. They are usually large pieces that cover the shoulder, chest, or back.

Traditional tattoos vary the most in sophistication, although they usually have conspicuous lines and luminous colors. Some ancient tattoos can be realistic, while the rest are hinged on Aztec art. Ancient tattoos tend to feature lots of designs like skulls.

Finally, it is good to remember that Aztec tattoos are usually authentic. They represent the social status of a shaman, warrior, or any other important person in society. Aztec people also used tattoos to identify with a particular group or tribe. They also used them to list their accomplishments.

The main difference between the body art of other empires and civilizations and Aztec tattoos is that the bodywork is mainly done in black or grey ink. It is why most people do not opt for shading or the use of effects such as watercolor when getting tattooed, although it is allowed.